Jessica Cloward looking to build trust, unity throughout city if elected to council 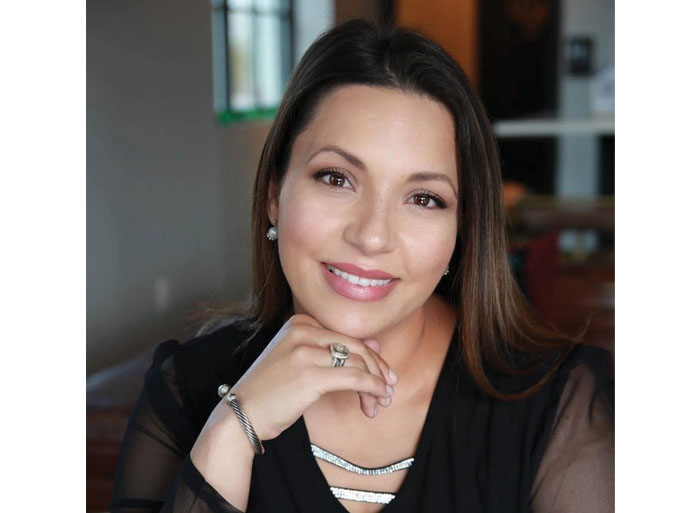 SALISBURY — City Council candidate Jessica Cloward said she made a commitment to marry the city when she moved to Salisbury in 2015.

She’s looking to take that level of commitment to the council level.

“I’m marrying this city, and I meant that with all my heart,” Cloward told the Post.

Cloward, 38, was born in Puerto Rico and moved to the United States when she was 5 years old. She spent most of her life in south Florida before moving to Salisbury in 2015 to build her family’s ministry. Cloward served as a children’s pastor in Florida while her husband was a worship leader.

She now works as a licensed real estate broker with Lantern Realty and Development on North Main Street. Cloward currently serves as a member of the city’s Community Appearance Commission, which focuses on programs, projects and policies that improve the overall physical appearance and quality of life in Salisbury. Though her experience on the CAC partly fuels her desire to serve at the council level, Cloward said her experience managing 13 licensed agents under her license and familiarity with budgeting would be assets to the city council.

“I’m a Realtor so I love opening doors for families,” Cloward said. “I love bringing families, I love bringing businesses and anyone I can to the city. My heart is to see this city thrive, to see it grow and see it prosper.”

Cloward said some of the biggest issues in the city are related to overall safety, homelessness and litter. She commended the city’s recent hiring of Dennis Rivers, who serves as the Homeless Advocate with the Salisbury Police Department, as homelessness is an issue close to her heart. A mother, Cloward said she knows how important public safety can be, especially coming from an area rampant with crime.

A downtown business owner, Cloward wants to see local businesses prosper. She referenced citizens’ concerns related to the Empire Hotel redevelopment project, especially as a new council will be elected by the end of the year. Cloward said she wants to help bring in fresh ideas while also supporting those who have worked to propel the project forward.

Additionally, Cloward said she knows there is an issue of substance abuse in Salisbury. Despite numerous resources for such issues in Salisbury, Cloward said many residents aren’t familiar with what they can access, which calls for greater awareness.

Cloward said many in the city’s Hispanic population don’t feel comfortable speaking English, and she’s already accustomed to helping bridge the communication barrier. She sees herself as someone who can help restore and build trust for all citizens, especially within the Hispanic community.

Trustworthiness, she emphasized, is important in uniting council members as well. Cloward said she wants to lead the city with integrity while supporting her fellow council members, the mayor who is elected, first responders and law enforcement officers. Doing so requires honesty and respect despite the council members’ differences, she added.

Additionally, Cloward said she sees a need for more bilingual teachers and other professionals. Though the Rowan-Salisbury Schools district is primary governed by the county, she wants to help support efforts to recruit such professionals in any way she can.

“I know there’s only so much that a city council can do, so I’m not ever going to be one of those people that promises things I can’t fulfill,” Cloward said. “I want the people to know that their voice matters. Their concerns matter. I want them to know we care.”

Cloward and her husband, Geary, have three children. Geary is a Marine veteran, and Cloward said advancing issues important to veterans is important to her.

“I specialize in helping veterans find homes and relocate as a Realtor, but in this city, I want to help our veterans prosper by either creating and/or supporting organizations that honor and serve the needs of our veterans, help spread awareness and education and help reintroduce veterans back into society,” she said.