High school volleyball: New league should be positive for North 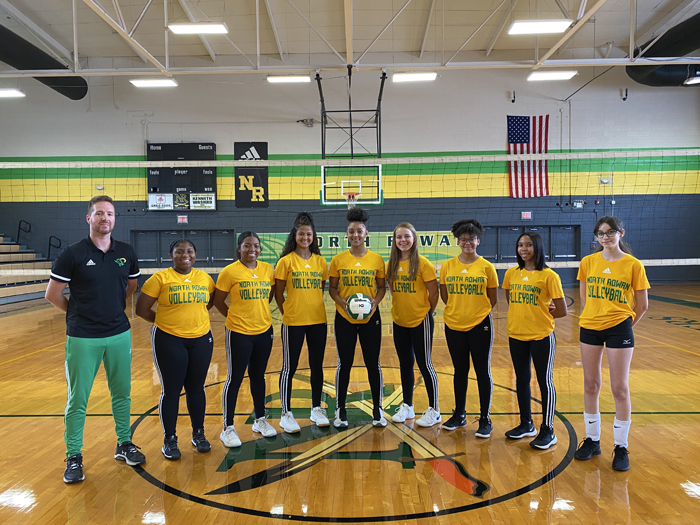 Second in a series of reports on local volleyball teams …

SPENCER — North Rowan volleyball won its Senior Night game on Jan. 7 against South Davidson and managed to squeeze two wins out of the condensed 2020 COVID season.

North will be one of the three 1A schools in a new-look, seven-team 1A/2A Central Carolina Conference. While that sounds like a daunting situation, just about everything about the change is positive.

“We’ll be playing a lot more conference games in the surrounding counties,” North coach Josh Yoder said.  “Travel will be much easier.”

It should be a good volleyball environment for North, not just this year, but for the next three. West Davidson and East Davidson have volleyball tradition and usually can rely on some seasoned club players, but North should have a reasonable chance whenever it takes the court against Salisbury, Thomasville, Lexington and South Davidson.

“Replacing those seniors is a tough task,” Yoder said. “But I’ve communicated to our returners that it’s their time to shine.”

North has eight returners, although only four played a lot. He’s got some athletes on board. He can build around North’s leading softball player, basketball player and soccer player.

“We are fortunate to have her setting for us,” Yoder said.  “The ball comes off her hands better than most setters and she uses her height well around the net. Her softball experience gives her a little more pop in her serve.”

Senior Hannah Wilkerson, YVC Player of the Year for basketball and a 1,000-point scorer, is in her second year of volleyball.

“I’m looking forward to seeing what Hannah can do when given the chance at a full volleyball season,” Yoder said. “She is a natural-born leader and, as is the case in basketball, she makes everyone around her better. She’s the type of player that coaches want to have the ball in their hands as much as possible.”

Yoder hopes for a steady diet of Stoner assists and Wilkerson kills. They’ll be relied on heavily.

Yoder expects an increased role for junior outside hitter Daphne Robinson, who is best known as a soccer player. She’ll be dramatically undersized for a hitter at 5-foot-4.

“She plays much taller, given her athleticism,” Yoder said.

Ella Jones, another second-year volleyball player, returns and will step into the right side position.

“She has the athletic ability and the decision-making skills to flourish in that role,” Yoder said.

North endured a 42-match losing streak not long ago, so things are headed in the right direction under Yoder, a native of Ohio.

“These girls have earned their way on to this team, they have put the time in throughout the summer to get better while balancing other sports and their social lives,” Yoder said. “Not all student-athletes are willing to do that, but I am proud they have devoted their time to be a part of a team. They are fantastic students, great young ladies and champions at anything they put their minds to.”

North last made the state playoffs in 2015 and the program has never won a playoff game, but the Cavaliers are upbeat about a new league and a new season. Yoder has scheduled non-conference games with bigger schools — including 4As AL Brown and West Cabarrus — as North prepares for CCC play.