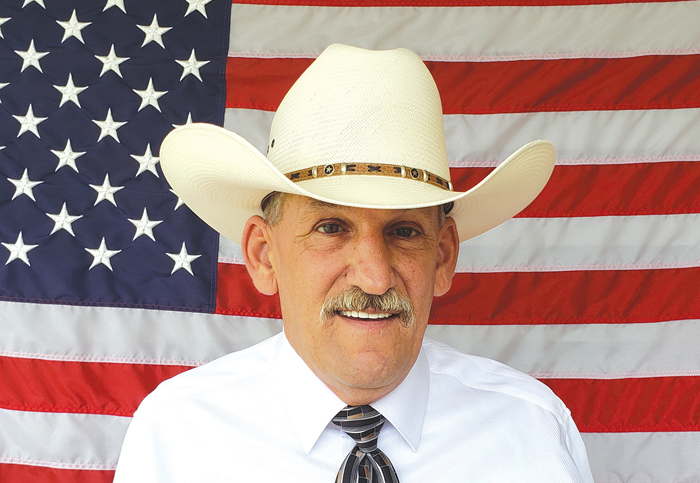 SALISBURY — Jack Eller says he’s going to “straighten this county out” with the Lord on one side, his pistol on the other and the citizens of Rowan County behind him.

Eller, a 60-year-old businessman from Woodleaf who owns and operates a trucking company, is one of several candidates running for sheriff in 2022 as a Republican. While Eller doesn’t have any law enforcement experience, he’s running as an outsider who expresses pride about not being politically correct. He says drugs are to blame for many of the county’s problems.

“If you want somebody to straighten the county out, I’m the man to do it,” he said. “I’ll walk into hell and bust it wide open because we are living in hell. … With the Lord on one side and my 500 Smith & Wesson on the other and the citizens of Rowan County behind me, we can straighten this county out.”

He unsuccessfully ran as a Democrat for sheriff in 2010 and 2014. Eller says he’s running as a Republican in 2022 because the “Democratic Party has left us.” He added that he’s always been a conservative and that he now knows how the “other side” thinks.

Eller said longtime law enforcement officers in the race have all been trained the same way and that he’s “always outside of the box looking in.”

“You hear the same stories over and over when people are campaigning. They tell you exactly what you want to hear, and the next time you see them is when they come out again to get re-elected,” he said. “I am running for my family and for the citizens of Rowan County.”

Eller said he was laughed at during a 2010 forum for Democrats seeking the sheriff’s office when he suggested prescription pills were the biggest problem facing the county. But he noted prescription drugs caused an epidemic of overdoses years later. As a solution, Eller proposed seizing property where there are frequent drug problems and bulldozing houses on the land.

Post records don’t show Eller talking about prescription pills and the Post wasn’t able to obtain a video of the forum. During that forum, however, Eller suggested recreating chain gangs and making jail conditions worse as a deterrent to crime — both prescriptions he’s offering in his 2022 bid for office. People will eat bologna sandwiches three times a day, not be able to make phone calls from jail and be forced to wear white-striped jumpsuits, he said.

Asked about law enforcement-community relations, Eller said, “a lot of it depends on the people.” Law enforcement needs to treat people with respect and vice versa, he said.

“That’s just what it’s going to have to come down to,” he said. “It takes years to change, and there’s just some bad people in this world and there’s not much you can do about it.”

Specifically about race relations, Eller says, “The law is the law and, if you break the law, you’re going to jail regardless of what color you are, simple fix.”

If elected, Eller said he’ll physically remove his office’s door from its hinges and set it to the side as a symbol of accessibility. He wants people to be able to come to the Rowan Sheriff’s Office in the courthouse and be able to speak to the sheriff instead of a staff member or deputy.