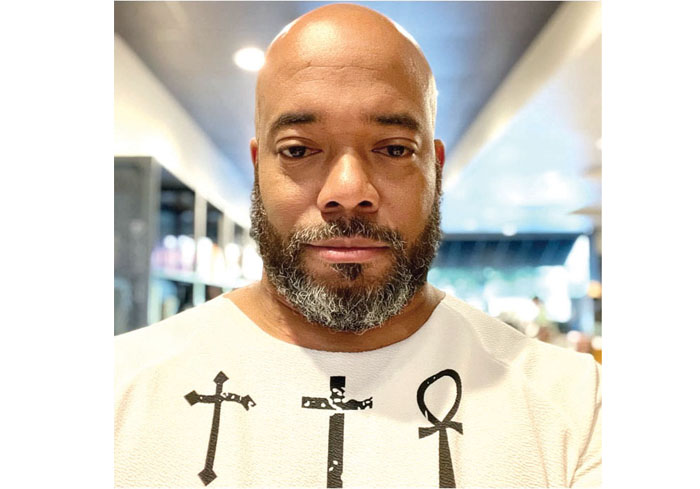 SALISBURY — City council candidate Anthony Smith says Salisbury has all the tools and resources necessary to become one of the most equitable and innovative cities in the Piedmont.

Since moving to Salisbury in 2009, Smith, 48, has had his hands in many pots. In addition to grassroots activism, Smith is the senior pastor of Mission House Church, works for the Social Security Administration and has worked with nonprofit Inside Out Global to mentor young people. He is also an author and Navy veteran.

He now wants to scale his work to the city government level as a member of Salisbury City Council.

“I’ve been out here doing community organizing for the past few years here and activism,” Smith said. “This is opportune time to scale up my work around equity and justice and healing to the city level, to policy level.”

Though it’s been on his mind for years, Smith said there seems to be more willingness to have deeper conversations about equity throughout the community. His campaign’s core principles make up the acronym “ACES,” with “A” standing for abundance, “C” standing for cooperation, “E” standing for equity and “S” standing for social innovation. As an activist, Smith said he’s always told those convened for various causes that all the knowledge, insight and wisdom is right there in front of them. Similarly, the city can use its “abundance” of knowledge, insight and wisdom to become one of the most equitable and innovative cities in the Piedmont, he says.

“I really believe that. There’s so much brilliance here, so much talent,” Smith said. “We just got to find a way to remove the roadblocks that prevent a lot of that brilliance to really shine. And to just rise and take the city up a notch.”

Smith told the Post he would like to see more cooperation among private and public entities along with other groups that may not traditionally work together. In his advocacy, Smith credits himself with helping to build “coalitions of differences” that work toward mutual interests.

To achieve equity, Smith says the city must first acknowledge history and the ways that people have been systemically marginalized, which can then lead to creative, profitable ways to address them. Social innovation, he says, can happen when the community listens deeply to the stories and realities of its people and works together to find the root causes of issues.

Some of Salisbury’s biggest issues, Smith said, are related to gun violence and overall safety. He applauds the partnership between the Salisbury-Rowan chapter of the NAACP and the Salisbury Police Department in the Cease Fire initiative, but Smith said it falls short of taking action to address the root causes of violence.

“Violence is a symptom of a deeper issue,” he said.

Another issue for the city is a lack of recreational opportunities that engage young people beyond sports. One of his suggestions is using abandoned homes or other buildings for centers or incubators that engage and provide resources for local youth. Smith poses the idea of embedding hubs into different neighborhoods plagued with inequities and violence.

Smith sees the ongoing mitigation and response to the COVID-19 pandemic as a major issue and one that hits home. Smith battled his own bout of COVID-19, which led to a COVID-related heart attack that called for open heart surgery.

Poverty is another issue Smith sees in Salisbury. Census data from 2019 shows a poverty rate of 21.4% in Salisbury, which is higher than the state’s rate of nearly 14%. Smith said he would like to see more collaboration between the city and county to mitigate this issue. He posed the idea of “participatory budgeting,” which would allow for the public to weigh in on the city’s budgeting process, especially those most impacted by poverty.

“I believe budgets are moral documents and they speak to the values of a city, of a community, or at least as city government the values that we hold,” Smith said.

Additionally, Smith said he wants to be part of the council that decides the city’s next manager. City Manager Lane Bailey is set to retire in December. Smith said he appreciates Bailey’s work, and wants the city to build on that work with a manager who has a deep understanding of applying an equity lens “to take it to the next level,” which requires leaders to be deliberately inclusive in their decisions.

Overall, Smith’s campaign seeks to connect equity with innovation as the two aren’t mutually exclusive and capable of going hand-in-hand.

“When the city strives for that, we become attractive to businesses that are forward-leaning, that are cutting-edge, that are technologically savvy,” he told the Post.

Smith said he’s excited by the promise of what’s to come in the Rowan-Salisbury Schools district with new superintendent Dr. Tony Watlington, who Smith credits with building on the work of former Superintendent Dr. Lynn Moody. Schools are another important recruiting tool for the city, he added, which makes the innovative work being done in the district all the more important.

Smith has lived in some of the country’s bigger cities, including Seattle, Charlotte and San Diego, but love brought him to Salisbury in 2009 when he met Toni, who is now his wife. The two have a blended family with six children, five grandchildren and another grandchild on the way.

“One of my passions in my life as a leader, as a pastor and as an activist is to see the goodness, see the purpose unfold of what this city can be,” Smith said. “To become its best self as a city. That’s what drives me.”