Susan Cox announces resignation from RSS Board of Education 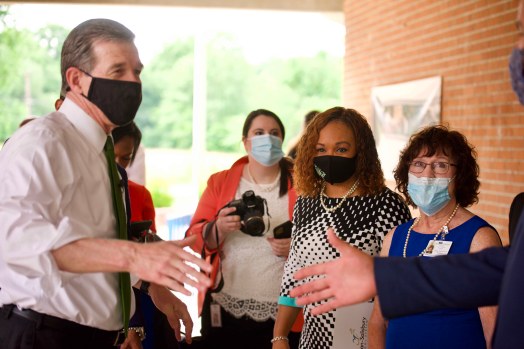 Carl Blankenship/Salisbury Post - Susan Cox, right, during a visiit to Knox Middle School by Gov. Roy Cooper in June. Cox served two full terms on the board and is resigning less than a year into her third term to move closer to her family. 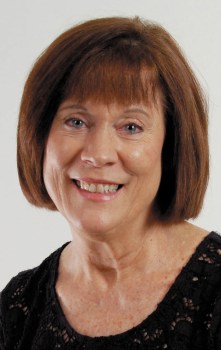 SALISBURY — Susan Cox will step down as a member of the Rowan-Salisbury Schools Board of Education on Aug. 24 to make good on plans to move closer to family.

Cox announced her resignation at the end of the board’s regular meeting on Monday.

“I just want to say that it’s been an honor and a privilege to serve on this board,” Cox said.

The school board plans to honor Cox at her final meeting on Aug. 23 and make plans to appoint someone to fill Cox’s seat until the next school board election in 2022. Cox’s seat runs through 2024, but an election will decide the final two years. Then, the seat will return to its regular, four-year cycle.

Rowan-Salisbury Schools will advertise for the school board position until the end of August. Applicants for the seat must live within the southeast area of the district, which is served by Jesse C. Carson High School, and be eligible to hold office. Board Chair Kevin Jones said the Rowan County Board of Elections will work with RSS to verify candidates are eligible.

The board plans to hold public interviews during its meeting on Sept. 13 and make an appointment at its second meeting later that month. Jones and Vice Chair Alisha Byrd-Clark will vet the candidates down to a list of the top three to interview.

Cox did not want to be reelected to a third term on the board. She won in November after trying to divest support from herself and push it toward her opponent, Jennifer Studer.

Cox originally filed to run because it seemed no one else would with whom she agreed on education issues. Studer filed for the seat last minute.

Cox met Studer after the incumbent read a candidate profile in the Salisbury Post about the challenger. The two agreed on policy. While it was too late for Cox to get her name off the ballot, she told people to direct their votes to Studer, campaigned for her opponent at events and worked the polls for the challenger.

Despite her efforts to throw the election, the retired teacher won by 1,000 votes in November. Cox was surprised at the outcome and decided she would serve on the board temporarily, but she did not intend to stay for the entire term.

She and her husband were already planning their move to Guilford County. They sold their home and were renting an apartment.