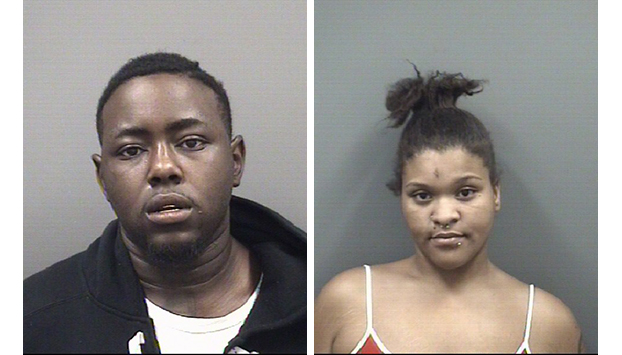 SALISBURY — A 25-year-old man is in jail with a half-million-dollar bond and a 20-year-old woman faces a series of drug charges after a traffic stop Tuesday near the intersection of South Avalon Drive and Faith Road.

Markese Devon Robinson of Salisbury was charged with possession of firearms by a felon because of several previous convictions. He was out of jail on bond for a pending charge of attempted murder for a 2020 incident during which Robinson allegedly shot a man near the intersection of West Cemetery and North Caldwell streets.

Because of the recent charge and his criminal history, Robinson received a $570,000 bond and was still in jail Friday afternoon.

The drug charges stem from 67 grams of marijuana and 11 grams of crack cocaine found in the car during the traffic stop. Robinson’s gun charge comes from a 9 mm Glock handgun with a large-capacity magazine found in the vehicle, the Rowan Sheriff’s Office said.