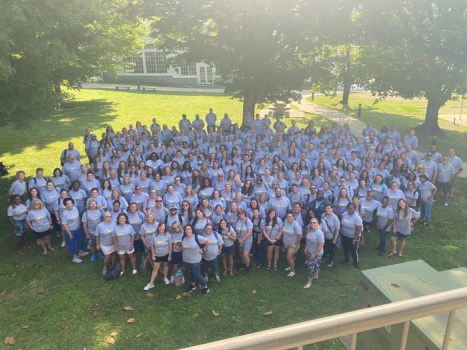 All the participants -- submitted photos 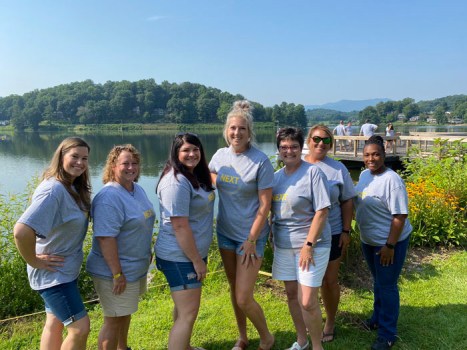 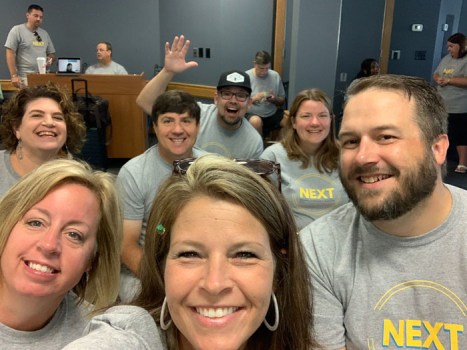 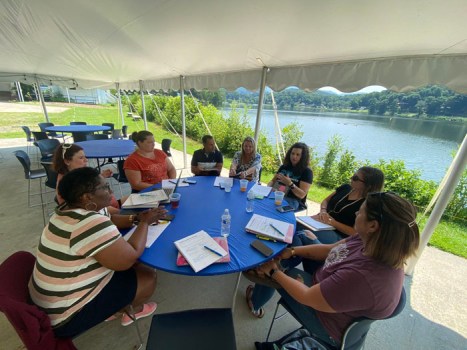 Koontz Elementary staff collaborating during next 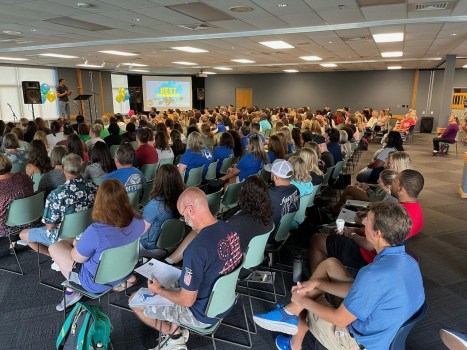 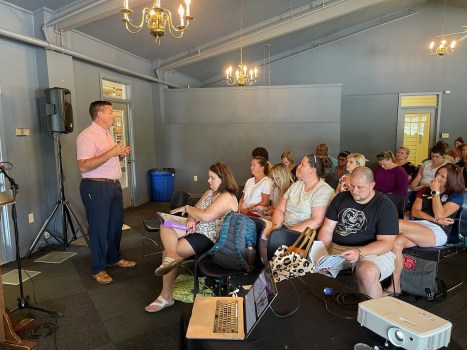 Normally RSS holds principal retreats in the summer to work with school leaders. After a year with no retreat due to the COVID-19 pandemic, the district brought in more than 200 teachers with principals and district leadership for four days

Each day started with a message from Superintendent Tony Watlington. Faculty then spent the day rotating through sessions on renewal, the direction of the district, exploring their “why,” culture and equity.

Summit Virtual Academy math coach Tonya Kepley said this was the first time she had seen some of her colleagues at the virtual school in person. She stayed up late getting to know her roommate and reconnected with other people in the county she had not seen in a long time. 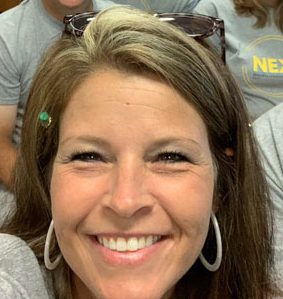 “It was making it real when a lot of times we don’t get to have that opportunity,” Kepley said.

The teachers are all part of their schools’ teacher-led design teams. These teams of are in charge of creating the renewal plans for each school. Renewal refers to the “charter-like” freedoms given to the district by the state legislature.

Chief Schools Officer Kelly Withers said developing what the district wants to do is a learning process and the renewal plans should never be finalized documents. Withers said the hope is to encourage schools to try new things how they went.

The teachers are in the process of revising their plans and, in the case of Summit Virtual Academy, creating one from scratch.

Withers said the teachers wrote the original plans outside of their normal school days, uncompensated, and have been researching schools across the country on outcomes and professional development. Teachers also dove into the data at their own schools to get a better idea of what their needs are.

Until recently, the teachers on the design teams were not getting any compensation for their extra work, but the teachers at the institute were given $5,000 stipends paid through a federal grant and are eligible for more bonuses throughout the next school year. However, they did not join the teams expecting to get paid.

“Why” was an important theme of the week. Withers said understanding the “why” means understanding your mission and the purpose of your work. She said a “why” is deeply personal and the district hopes educators include student or kids somewhere in their “why” statements.

“There were over 200 answers in the room on the journey for them,” Withers said.

“It fueled my fire because I wanted to show other children like me what school could really be,” Currie said.

Kepley has a passion is for the kids who do not have support at home. She said she is good at pushing talent students higher, but she connects with the students who don’t quite fit in and struggle.

She pointed to the center of the district’s direction system: engaged learners. She emphasized the importance of building relationships and that teachers managed to connect with their students, even over Zoom.

Both Currie and Kepley said district leadership and the principals were vulnerable during the institute. They told them about their own stories, “whys” and it was a chance to view people in the district through different lenses.

Currie said teachers are used to seeing district leadership together in classrooms in formal dress, but at the institute they were dressed informally, could let their guard down and have fun.