Darrell Blackwelder: When can you prune trees and shrubs? 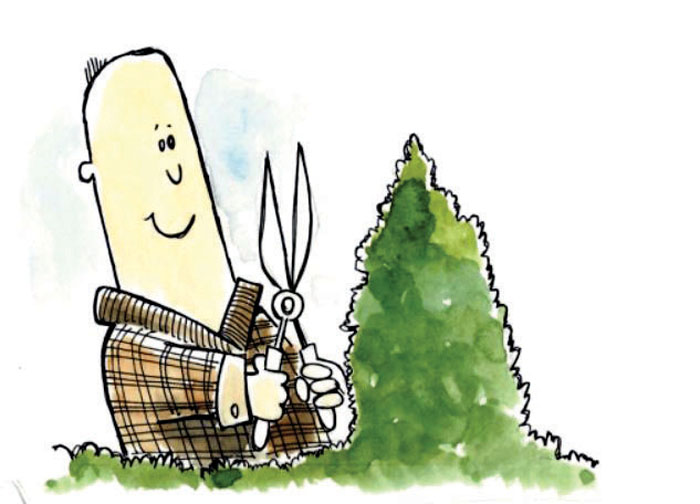 Pruning is constant part of gardening regardless of the season. Seems like everybody has a pruning question, generally when the weather changes or a change in the season. Master Gardeners always keep a pair of pruners in their pocket because “there is always something to prune.” Pruning is a necessary gardening function that needs be done on a regular basis.

July is really not the time to do major pruning of trees and shrubs, however you may prune out dead branches and implement minor cosmetic cuts. Damaged or dead branches need to be removed as soon as possible to prevent further damage, disease or insect infestation.

Trees with lower limbs often impeding mowing and other maintenance chores should also be pruned. Many ask about coating exposed cuts with pruning paint. Pruning paint is really of no benefit to the plant. Studies have suggested that the paint may actually cause problems later with fungus growing underneath the paint.

Warm, rainy conditions cause many trees and shrubs to shoot up water sprouts or excessive growth. Crape myrtles are a good example of a plant that is constantly sends up water sprouts that should be removed with no adverse problems to the tree. So if you want remove water sprouts overgrowth, now is the time, however, severe pruning of hollies and other shrubs should be done in early spring. Severe pruning in the fall yields an unsightly mass of sawed off stubs throughout the winter. Also, winter damage is quite possible from unseasonably week of warm weather immediately followed by a cold freeze. Extreme pruning of crape myrtles now and into the fall often results in winter damage or poor bloom set. Azaleas and other spring blooming ornamentals set their blooms in late summer. Pruning these now eliminates much if not all of the spring flowers. Upright shrubs such as Nellie R. Stevens and Foster’s No. 2 hollies need constant pruning throughout the summer months. The terminals should be tip-pruned to increase branching density and prevent them from becoming leggy.

There are some exceptions with some plants. Birch and maple trees should be pruned in early fall with leaves remaining on the tree. These trees bleed excessively if pruned in the early spring.