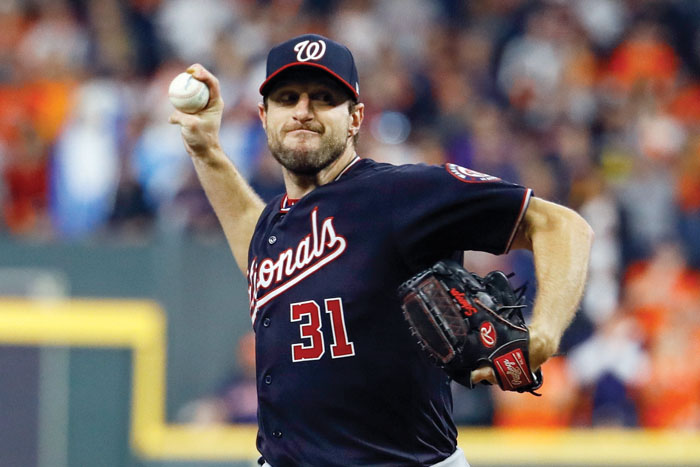 Now this truly was an All-Star trade deadline day.

After a run-up that saw the likes of Nelson Cruz, Anthony Rizzo, Joey Gallo and Adam Frazier swapped, even more big names changed teams during a whirlwind Friday.

From contenders boosting their roster to the also-ran Chicago Cubs and Washington Nationals gutting theirs, this was a monster day for moves.

“They all feel busy, but today was nonstop,” said Cleveland president of baseball operations Chris Antonetti, who made three trades.

“We executed a number of trades but there were probably at least another dozen other ones that we contemplated seriously at different points in time and exchanged different ideas,” he said.

“I felt like this was one of the most active trade deadlines that I can recall,” said Atlanta GM Alex Anthopoulos, who swung a slew of deals.

A total of 27 teams made deals Friday, and in the past week 10 players picked for the All-Star Game this month were traded.

“I think that’s what’s surprised me this year is the amount of talent that was moved for relatively short-term potential free agent-type assets. You look at some of the clubs that gave up their second- or third-best prospect together to get a particular player,” Mets president Sandy Alderson said. “I was impressed by the fact that a lot more teams were involved and surprised that the prices were high and they didn’t come down, as typically happens closer to the deadline.”

The Los Angeles Dodgers made the biggest noise, getting Scherzer and Turner for a talented quartet of young prospects. The ace and star shortstop could help them close a three-game gap behind the NL West-leading San Francisco Giants, who did just fine in landing Bryant for their lineup.

While much of the day hinged on which teams added players — Atlanta got Adam Duvall, Jorge Soler and Eddie Rosario and reliever Richard Rodriguez, among them — it also was about which clubs broke apart.

The Cubs traded away major pieces from their 2016 World Series championship, sending Báez to the New York Mets and Bryant to the Giants, a day after shipping Anthony Rizzo to the Yankees. The Cubs also dealt Kimbrel, their dominant closer, crosstown to the AL Central-leading Chicago White Sox.

“I want to personally thank Anthony Rizzo, Javy Báez and Kris Bryant,” Cubs chairman Tom Ricketts said in a statement. “Together they played critical roles for one of the most successful runs in Chicago Cubs history.”

“They each secured a place in the hearts of Cubs fans everywhere. While their days taking the field together as Cubs have come to an end, they gave us memories we will hold forever,” he said.
The Nationals were busy, too. They traded away Scherzer and Turner, keys to their 2019 title, along with Lester, Yan Gomes and Josh Harrison. That came after they dealt Kyle Schwarber, Brad Hand and Daniel Hudson on Thursday.

“It’s a difficult decision to make, but oftentimes a decision is made for you,” Nationals general manager Mike Rizzo said. “This year it was and we recognized where we were and what work we had in front of us. We decided to begin a building process that will allow us to compete at the highest level.”

Rizzo joined fellow All-Star Joey Gallo with the Yankees in trades completed Thursday. New York added Angels starter Andrew Heaney shortly before the 4 p.m. EDT deadline Friday.
Rizzo was with his new team for Friday night’s game in Miami. While looking ahead, there was still time to remember the recent past.

“Did a lot of special things in front of a fan base that did not see a World Series in 108 years. Those moments will never be taken away,” he said.