Legion baseball: Rowan wins a wild one over Kannapolis 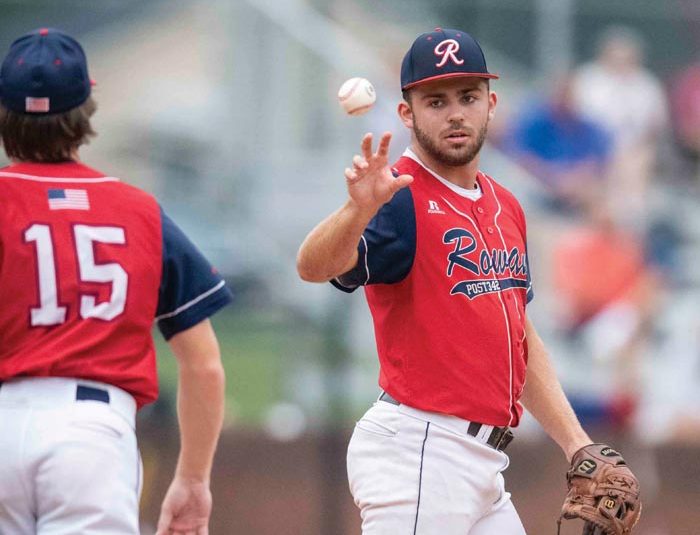 GRANITE QUARRY —Rowan County held off Kannapolis 15-14 on Saturday in an Area III championship game for the record books.

Tristan Miller, Rowan’s catcher, took the mound and got the final out on a flyball to left with the bases loaded.

Miller earned a save, while Logan Rogers got the win.

Rowan (14-4) came back from a 7-2 deficit and appeared to have things under control at Staton Field after scoring eight runs in the bottom of the sixth.

But Kannapolis (11-5) nearly pulled off a miraculous comeback, scoring seven in the seventh — and leaving three on base.

A dozen pitchers took the mound, combining for 21 walks and four hit batsmen.

Rowan’s seven hurlers flung 182 pitches and managed to strike out one Kannapolis batter.

There was signs early it would be a wild one. Kannapolis’ Cole Pletcher led off the game with a homer. Charlie Klingler sent one out of the park for Rowan in the bottom of the first.

Kannapolis used a five-run second inning to take a 6-2 lead and pushed its advantage to 7-2 in the fourth before Rowan started fighting back.

Aiden Schenck and Rogers slowed down Kannapolis’ bats, and a two-run single by Klingler cut Rowan’s deficit to 7-5.

Klingler’s RBI single in the fifth tied the game at 7-all.

Then Rowan County put together that monstrous sixth inning that included two hits by Dylan Driver and a three-run blast by Rogers. Miller had the hit that broke the 7-all tie and put Rowan on top.

Rowan took a 15-7 advantage to the seventh, with Klingler trying to nail down the last few outs, but Kannapolis wasn’t going quietly and put together a string of hits. Chris Allen’s three-run homer sliced Rowan’s lead to 15-14. Two singles and a walk filled the bases, and set up the final confrontation between Miller and Kannapolis slugger Jake Dameron.

Dameron hit a flyball to left on a 1-and-0 pitch to end it.

Klingler had three hits and five RBIs for Rowan. Rogers was 2-for-2 with four RBIs and three walks.

It was the 20th Area III championship for the Salisbury/Rowan County program and the first since 2018. Randolph County won Area III in 2019 and Legion baseball was replaced by NC3 baseball last summer.

The drought for Kannapolis, which hasn’t won Area III since 2006 continued, but both teams move on to the state tournament in Cherryville.