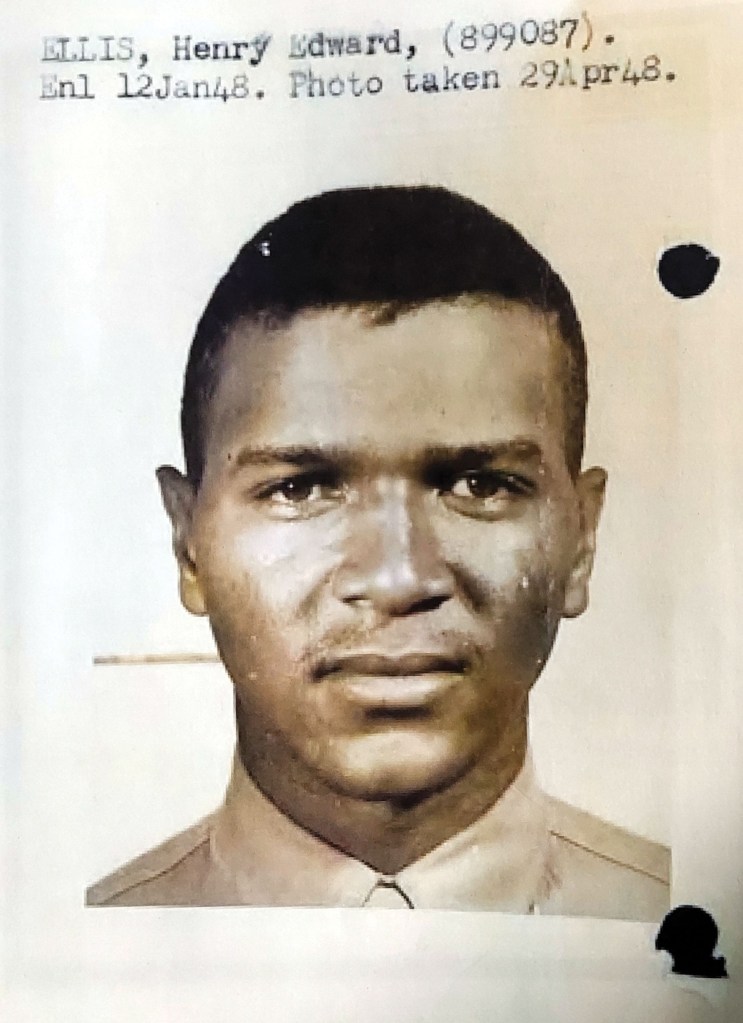 SALISBURY — What exactly happened to the body of Salisbury native Pfc. Henry Ellis was a mystery for 70 years, but now he is coming home.

The 22-year-old Marine was killed in Koto-ri in what would become current day North Korea on Nov. 30, 1950, and his body was not recovered. A death certificate dated March 30, 1951, lists him as “killed in action, details unknown.” In 1954, remains labeled X-13631 were processed as part of a mass return of remains to United Nations Command.

Two years later, X-13631 was labeled unidentifiable after multiple attempts to do so. The remains were interred until 2018, when they were exhumed from the National Memorial Cemetery of the Pacific on Nov. 5 by the Defense POW/MIA Accounting Agency.

The renewed effort to identify X-13631 started in 2012, when Department of Defense scientists narrowed the possibility of who the remains belonged to two Marines. Eight years later, on Sept. 29 2020, a medical examiner with the agency filed a report identifying the remains as Ellis. More than 70 years after he was killed in action, he will be returning to Salisbury in August to be buried in the Salisbury National Cemetery at the behest of his family.

His family first heard about the effort to identify his remains in 2012. Three members submitted DNA samples for comparison to help with the process and the family has been in touch since. This was a chance for them to get to know Ellis, an ancestor they had only been told about and never met.

Ellis’ family shared the agency case file identifying his remains with the Post. The 100-page document includes an overview of his service, the circumstances of his death and documentation of how his remains were identified.

A letter in the report states Ellis gave his date of birth as Oct. 12, 1925, and place of birth as South Carolina when he enlisted. In December 1944, his father, Martin, sent a letter to the Marine Corps with a birth certificate attached and requested Henry be discharged until he turned 18.

A statement attributed to Ellis claims he was registered for selective service by Bethlehem Steel Company, where he worked when he was 14. The statement said he was called for service and told the draft board he was 14, but Ellis was told his options to not serve would be to go back to work for the steel company or get a birth certificate. He enlisted and served in the Pacific theater.

A letter from a commanding officer says Ellis reported his service was satisfactory and “he is sufficiently mature and physically able to perform his duties.” The letter recommended Ellis be kept in service and his service records be corrected. He was in service when WWII ended, reenlisted when he was 18 and went on to serve in Korea.

A letter, dated Dec. 7, 1950, was sent to his sister Mildred Latimore, informing her Ellis had been killed in action. A letter to Martin dated Dec. 11 informed him his son’s remains could not be returned “until the cessation of hostilities.”

A March 15, 1951, letter to Latimore contained more information about Ellis’ death. It said he was part of a truck convoy moving from Hamhung to Hagaru-ri. Ellis’ convoy intersected with an Army convoy which had come under fire and the two fought together and made it about halfway to their destination when they encountered a road block. The soldiers turned around, but they had been surrounded. The letter says Ellis was killed instantly by a rifle bullet during the ensuing battle.

His cause of death was initially listed as a wound between the eyes, but modern analysis concludes the best description for his cause of death is blast injuries. It noted widespread blunt force fractures in the almost complete skeleton that makes up his remains.

Scientists performed anthropological, dental and DNA analysis on the unidentified remains and combined that information with circumstantial evidence to make the identification. He was formally accounted for on Sept. 29, 2020.

Trudy Neely, Ellis’ niece, said the military first notified a cousin in service in California that scientists were looking for Ellis’ closest relatives in 2012.

“We knew we had an Uncle Henry who got killed in the Korean War, but I didn’t know his remains were ever returned until we got this call,” Neely said.

The Department of Defense flew Neely and her daughter out to participate in the identification effort and submit DNA samples. The family has been receiving information since and recently received confirmation of his recovery.

Neely and her brother, Henry Cowan, who goes by Bernard, never met their uncle, but they heard about the young man while they were growing up. He was one of seven children, and when he was in service he sent money home every month.

Neely said it makes her emotional to think about how young Ellis was and the tragedy of his death.

“I just feel like this is a way that we’ve come to know our Uncle Henry,” Neely said. “We didn’t know him in life, but I feel like for some reason God chose us to be the ones to bring him home to his final resting place.”