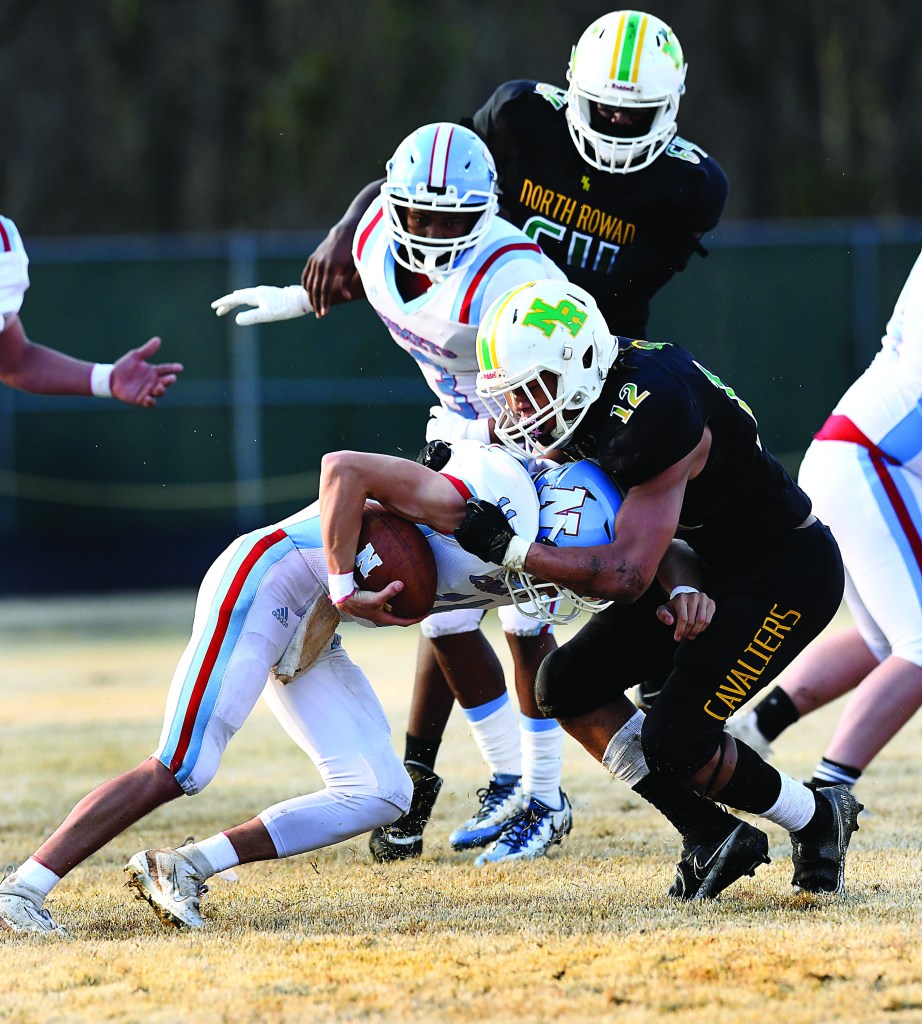 SPENCER — CIAA football is back after a year’s hiatus, and North Rowan graduate and Johnson C. Smith University recruit Tsion Delaney will be part of it. 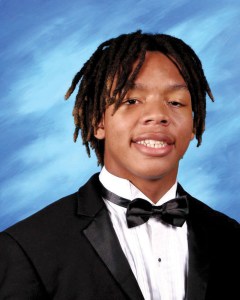 Delaney always strived to do everything right on the field, off the field and in the classroom, but he still had doubts that he’d ever be recruited.

COVID made it more difficult than usual for college coaches to find and evaluate athletes in the Class of 2021, especially one playing for a 1A school, but fortune was on Delaney’s side.

“My dad took me to a camp last year near Siler City and I was doing what I normally do, showing some skills,” Delaney said. “Then they had us do the broad jump. After I broad-jumped,  a coach walked up to me and asked me my name. We got to talking. I could tell he really wanted to know who I was as a person, as a man and as an athlete. He wanted to know what my career goals were.”

That coach was Montaze McRae, an assistant who wears many hats at J.C. Smith, a Division II HBCU school in Charlotte. McRae coaches the offensive line and tight ends for the Golden Bulls, but he’s also the academic liaison and the recruiting coordinator.

McRae and Delaney stayed in touch via emails after that first meeting, and Delaney was thrilled to received his first college offer from the Golden Bulls last November. In a year when  few high school athletes heard from coaches, Delaney did.

“When you know you’re being recruited, there’s a spark,” Delaney said. “Just knowing that someone knows who you are makes a world of difference. I was gushing with happiness. Everyone could see it.”

In February, Delaney was announced as one of J.C. Smith’s eight signees, a small recruiting class dominated by linebackers. That was an obvious area of need for the Golden Bulls.

A major reason Delaney was recruitable was a 3.85 GPA. That separated him from a lot of other fast, 6-foot-1, 180-pound guys.

“I’ve had coaches who stressed the classroom,” Delaney said. “It’s cool to be one heck of an athlete, but you still have to have the grades to go to the next level. I always tried to go above and beyond in the classroom. I never wanted to give anyone a reason to say something bad about me. I wanted any coach or teacher that was asked about me to be able to put me in a positive light.”

His delayed and shortened senior football season arrived the last week of February. He made the most of it and helped North (5-3, 4-1) and new head coach Nygel Pearson finish second in the Yadkin Valley Conference and win a playoff game.

Assistant coach Ryan Watts offered dining incentives if Delaney could register as many sacks as his jersey number (12), and Delaney reached that goal.

“I played my best football against North Stanly, one of the best teams we played,” Delaney said. “We lost that game, but I had three sacks and made a lot of tackles.”

Delaney was a YVC Player of the Year, sharing that award with two other players.

“A great honor and something I wanted and worked for,” Delaney said.

Delaney views his strength as a football player as his ability to tackle.

“Run-stopping defense is where I excel,” he said. “I can find the ball and close the gaps.”

He’s bumped his weight up to 185 since football season, but even with many college teams trending toward lighter, quicker linebackers to deal with spread offenses, he knows he’s going to have to add pounds to stay at linebacker. His future might be as a hard-hitting safety. He has some things to work on as far as pass coverage, but the athletic tools are there to make the transition. He is agile and springy, long and quick.

“J.C. Smith is getting a good player,” Pearson said. “Tsion was tough and physical for us. He has the body type to play different positions on defense and I’m looking forward to seeing what he develops into at the next level.”

In the high school track and field season that started in late April and stretched into late June, well past graduation, Delaney demonstrated his athletic ability. He was a regional champion in the 110 hurdles and runner-up in the 1A State Championships in 16.45 seconds. He wasn’t 100 percent physically for the 300 hurdles, but he toughed it out and finished fifth in the state meet.

J.C. Smith is starting football workouts on Aug. 4. The season opener is on Sept. 11.

Delaney, who is working this summer at Taco Bell, said he’ll have three CIAA games circled on the calendar every year.

There’s Fayetteville State  where a number of his former North Rowan teammates, including big lineman Ben Caldwell, go to school.

And there’s Winston-Salem State. That’s the school from which both of Delaney’s parents graduated.

He plans to major in biology, a challenge considering the hours of meetings, practices, film study and travel it takes to be a college football player, but Delaney is confident he can handle the workload.

“I’d like to get a masters degree,” Delaney said. “Maybe become an athletic trainer. If not that, then a teacher and a coach.”

had a coach watts definitely that helped