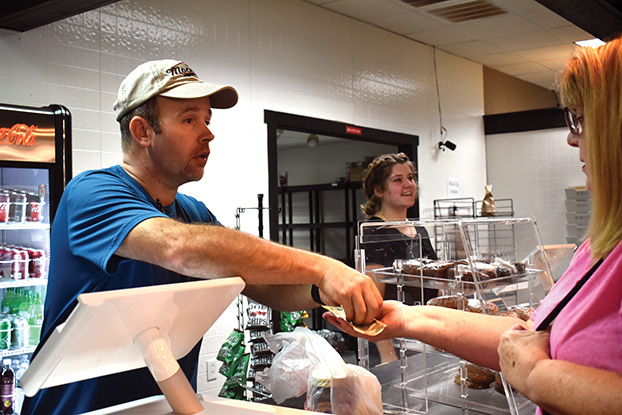 SALISBURY — After eight years of serving up sandwiches, donuts and specialty grocery items, Troyer’s Country Market is closing its doors for good.

“We’ll shed tears, I’m sure. Maybe not in public, but in private,” said JR Troyer, who co-owns the market with his wife, Rebekah. “There’s a lot of emotions we need to work through.”

Friday is the last day that the store will offer its fresh-baked donuts, and Saturday is the final call for sandwiches. Over the next few weeks, the market will still be open to sell its remaining pantry-staples, including cheeses, spices, milk, wheat, snacks and sweets.

Opening the market almost a decade ago was the fulfillment of a longtime dream for Troyer. After working in construction for most of his career, he was inspired to start a store and eatery of his own by relatives who own similar businesses in eastern Tennessee.

Over the years, Troyer’s Country Market evolved into a go-to lunch spot for those looking for a BLT, reuben, meatball sub or any number of creatively named creations found on the deli’s “sandwich of the day” bulletin.

“The deli part exploded,” Troyer said. “We have a huge sandwich fan group. People drive from Charlotte to get a sandwich. It’s been a huge part of it. If you have homemade bread and got ingredients, people will drive for it.”

It certainly wasn’t a lack of customers that fueled Troyer’s decision to close. Over the past year, Troyer said his store has served over 40,000 sandwiches and several thousand donuts (available until they sell out on Friday mornings). During the pandemic, Troyer said the store’s supply of dry goods and cooking ingredients were highly sought after and hard to keep in stock.

What ultimately led to his decision to close the market, Troyer said, was the store’s inability to find employees.

“Starting a business is never easy. We worked through thick and thin over the years, but it was when the lack of employment started crunching us more and more,” Troyer said. “Last week we had 12 different people applying for a job here. When my secretary would reach out and call them, they wouldn’t answer their phone or return the call.”

Troyer was forced to reduce its hours and posted a sign on the door asking customers to be patient.

The challenges of keeping the store staffed, combined with increasing food prices, eventually caused Troyer to reach a breaking point. When a local business owner approached Troyer with a proposition to buy the building, he decided it was the right move.

“When they did that, I felt peace right away,” Troyer said. “It was an answer to prayer.” 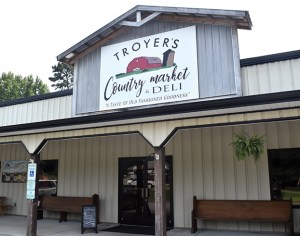 The reaction to the news of the store’s closing has been overwhelming for Troyer. The Facebook post announcing the closing has been commented on more than 700 times in just two days and has reached an audience of thousands.

“There were hundreds of comments and when I was reading the comments in the evening, it was almost like reading my own obituary,” Troyer said.

In the wake of the announcement, the store has seen an influx of shoppers and diners.

“It was a stampede in here (Wednesday),” Troyer said. “People were coming in, stocking up on things they like from the grocery section and getting a sandwich for the last time.”

Joe Padgett stopped by Troyer’s on Thursday afternoon to order a sandwich, which has become a twice-a-week tradition since the market opened.

“Their Reuben sandwich is out of this world,” Padgett said. “It’s the best Reuben I’ve had in North Carolina.”

The market, Padgett said, is also where he’s gotten sugar-free chocolate, the only kind he can eat due to his diabetes. For Padgett, Troyer’s Country Market has become more than a place where he gets lunch or dessert.

“They’ve added a lot to the West Rowan community,” Padgett said. “You come in here, and they’re an Amish-based corporation, and you feel the Christianity, you feel the love here.”

Padgett’s first trip to Troyer’s was to buy a few of the donuts that his wife had been raving about. On Friday morning, he’ll return at her request once again to pick up a few final donuts.

Although Troyer said he won’t miss many of the headaches that come with operating a small business, he is sad to leave behind customers like Padgett. 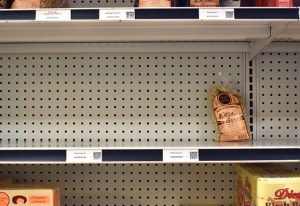 Amish Country Popcorn was one of the first items to sell out as Troyer’s Country Market unloads its supply of grocery goods. Ben Stansell/Salisbury Post

Troyer said he would like to thank everyone for their loyalty over the years. He also encourages people to continue to shop at locally-owned stores and restaurants.

“Thank you to the people of Salisbury for all their support over the years and everybody that came and supported local businesses,” Troyer said. “Now, it’s more important than ever that we buy local if we can and support local business because they’re the ones fighting to stay alive.”

For those looking for a final sandwich or sweet donut, Troyer’s Country Market will be open on Friday and Saturday from 9 a.m. to 3 p.m. The market, Troyer said, will also be selling off its kitchen equipment and shelving units for those interested.