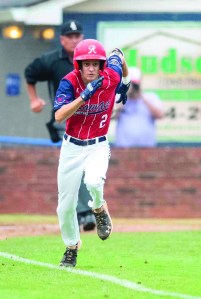 Rowan (13-4) swept a semifinal series against High Point, taking Game 1 on the right arm of Dylan Driver and Game 2 by riding the red-hot bat of Logan Rogers.

Rowan and Kannapolis split their regular-season meetings, with both teams winning on their home fields.

The two programs already have qualified to be the Area III representatives for the upcoming state tournament in Cherryville, but Saturday’s contest will determine which team will have the better seed.