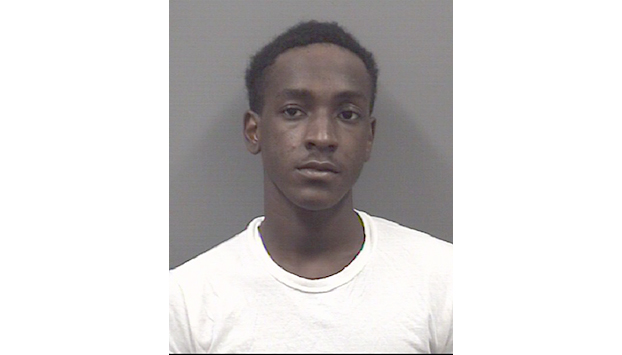 SALISBURY — A Salisbury man is facing a bevy of charges following a string of vehicle break-ins last month.

The charges stem from string of larcenies that occurred on June 11. Stevenson allegedly broke into several vehicles in the area of Confederate Avenue in Salisbury and stole tennis racquets, clothing, purses, an American Express credit card, cash and registration cards. Stevenson is also accused of stealing a 2016 Buick Enclave with a value of $20,000. According to the arrest warrant, Stevenson tossed some of the stolen property, including car seats and other items, while in the 300 block of Vanderford Street.

Stevenson was booked in the Rowan County Detention Center with a $55,000 bond.

• Andrew Joseph Ketchie, 30, of Salisbury was charged by the Salisbury Police Department Sunday with felony possession of a schedule two controlled substance and possession of drug paraphernalia. Ketchie was also charged by the Rowan County Sheriff’s Office for felony fleeing/eluding arrest with a motor vehicle, reckless driving to endanger and speeding. Those charges stemmed from an incident that occurred in March. Ketchie also was charged with two counts of unauthorized use of a motor vehicle for incidents that occurred in January and February. There were numerous orders for arrest out on Ketchie for failing to appear in court on other charges, including driving while impaired and possession of drug paraphernalia. Ketchie was booked into the Rowan County Detention Center on a $19,000 bond.

• Mark Lee Lambert, 43, of Salisbury was charged by the Salisbury Police Department Sunday for felony breaking and entering and felony larceny after breaking and entering. The charges stem from incidents that occurred in April. There was already an order for arrest on Lambert for failing to appear for several charges, including driving without a license or registration, misdemeanor larceny and second degree trespassing. Lambert was booked into the Rowan County Detention Center on a $23,500 bond.

• Devan Allen Brown, 27, of Kannapolis was charged with felony breaking and entering.