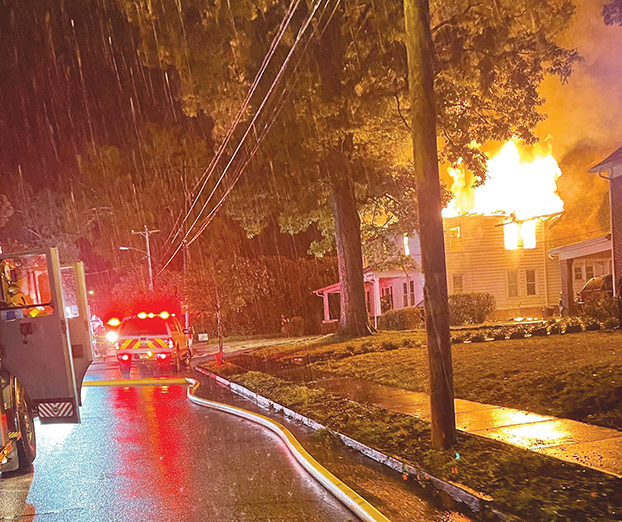 SALISBURY — Firefighters say a Monroe Street house is a “total loss” after a fire early Monday.

Salisbury firefighters responded to a call about the fire around 12:43 a.m. Monday and found the house consumed by flames. The blaze was under control about an hour later — at 1:37 a.m — but the interior of the home was devastated by the fire.

There were no injuries in the fire, and it’s believed no one was living in the building, said Division Chief Jay Baker. The home, which sits in the West Square Historic District, was for sale.

It’s not clear what started the fire.