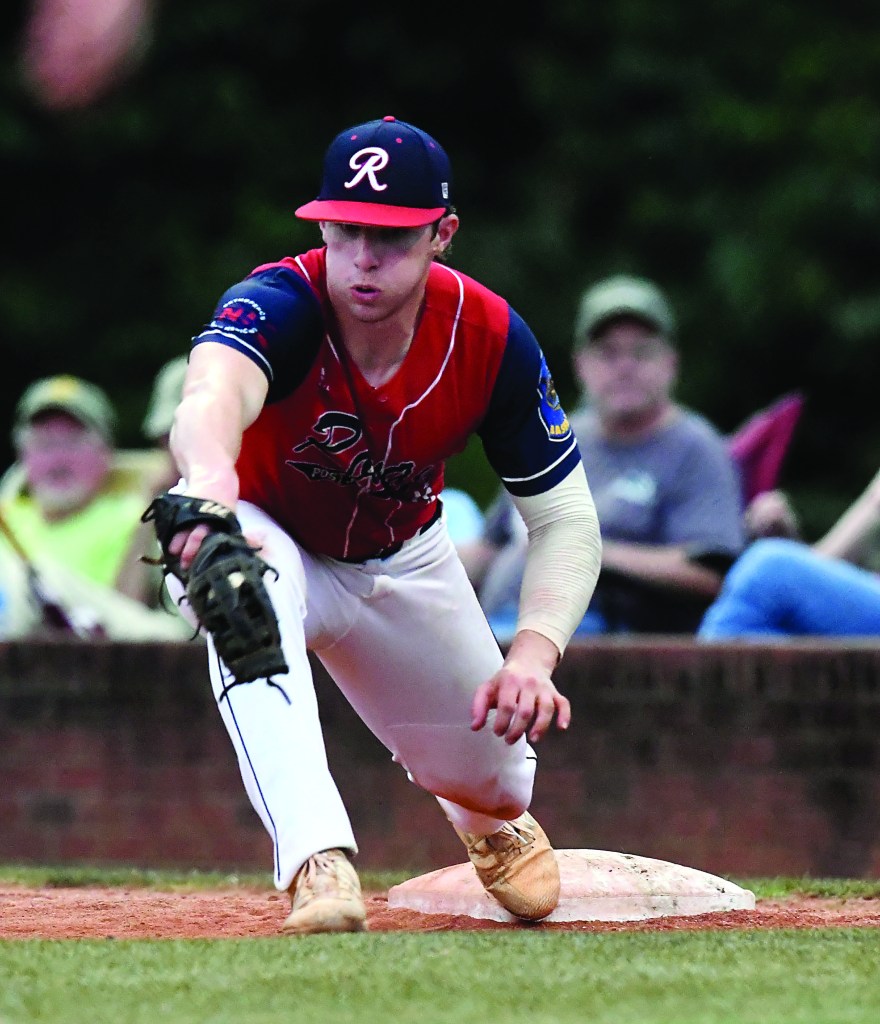 KANNAPOLIS — The Kannapolis Post 115 Towelers grabbed some momentum for the upcoming playoffs by beating Rowan County 6-3 on Sunday afternoon at Northwest Cabarrus High.

It was the first loss in the Southern Division of Area III for Rowan County (11-4, 7-1), which still finished in first place. Kannapolis (9-4, 6-2) finished second.

High Point and Randolph County tied for first in the Northern Division with 8-2 records.

Rowan had a very quiet day at the plate on Sunday, managing only five singles against Kannapolis hurlers Jacob Baucom, who threw five innings for the win, and Chase Ervin, who worked two innings and collected a save.

Logan Rogers had two hits, while Charlie Klingler, Dylan Driver and Jacob Causey had one each.

Baucom struck out Causey with runners at second and third to end the Rowan fifth when Kannapolis was clinging to a 3-2 lead.

Ervin got Austin Fulk, the first batter he faced, to ground into a double play with two on and none out in the sixth.

Klinger walked and scored on an error in the top of the first. Michael Gracer’s RBI groundout got Kannapolis even against Rowan starting pitcher Zander Burton in the second.

Causey’s RBI single with two outs in the third gave Rowan a 2-1 lead.

Cole Pletcher lined a two-out, two-run single to center in the fourth against Mattoz Henderson (2-1), one of the game’s key hits, for a 3-2 Kannapolis lead.

Kannapolis pounced on reliever Blake Hill in the fifth and expanded its lead to 6-2. Jacob Foggin hit a two-run homer, and Brody Nelson singled home a run. Chase Drinkard came in to get the last two outs in the fifth.

The top of the sixth began in promising fashion for Rowan, as Baucom walked Tristan Miller, who stole second and moved to third on a balk. When Peyton Summerall also walked, Kannapolis turned to the bullpen.

Fulk rapped a groundball to second baseman Michael Specht on a 1-and-0 pitch from Ervin, and shortstop Jake Dameron turned the double play. Miller scored to make it 6-3, but when Ervin got Klingler to bounce out, the inning was over. Ervin got three key outs on four pitches.

Ervin got CP Pyle and Rogers out to start the seventh. Driver singled, but Schenck hit a flyball to center to end the game.

Kannapolis had 11 hits, with Foggin getting three and Specht, Pletcher and Nelson producing two apiece.