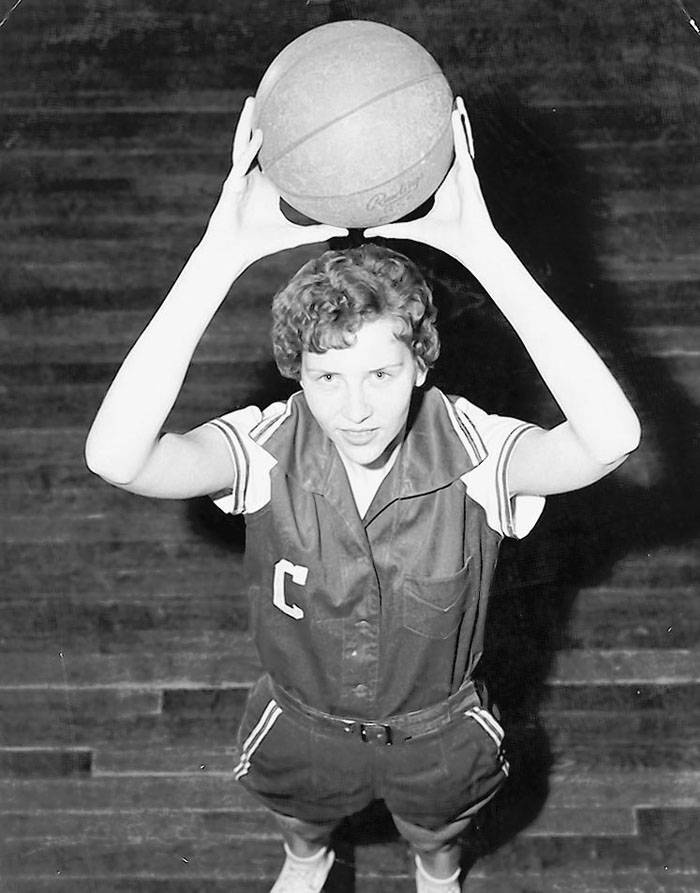 SALISBURY — Their names have come up annually at meetings of the Salisbury-Rowan Hall of Fame committee, although none have ever been inducted.

They scored flurries of points. All four surpassed 2,000 for their high school basketball careers.

Of course, there were some outlandish scores in North Carolina girls basketball in their era — the 1950s.  In 1954, New Hope beat Mount Olive 120-111, with Beaulah Thomas scoring 107 points for the winners.

Landis’ Melba Overcash, who may have been Rowan’s first 7-footer, scored 102 in a 107-35 win against East Spencer in 1950. Overcash was making her free throws that night, and coach Dan Hamrick let her play the whole game to see what she could do.

Overcash actually had a 1,000-point season, although she’s nowhere near the top of the career scoring chart for the county. Somers, who passed away last week in Concord, scored 2,377 career points. Beaver, All-State in 1952, passed away in 2018. She scored 2,323, so Somers, who came along several years later, broke Beaver’s records.

Those four women played  at small, all-white schools and with obsolete rules that would amaze today’s female  ballers, who have grown up playing the same game as boys and men, and without having to think twice about it.

But in the 1950s, girls weren’t deemed to have similar athletic abilities to boys, so they were confined to a halfcourt game, in what is known as divisional basketball.

The girls played 6-on-6, with three forwards, who did the scoring on one end, and with three defensive specialists, known as guards. laboring to stop the other team’s scorers on the other end. Guards might contribute an occasional foul shot, but basically the three forwards did 100 percent of the scoring.

Neither forwards nor guards could cross halfcourt. The concept of the “rover,” special girls who could play the fullcourt game, was still in the future. The success of the “rover” — plus a number of lawsuits — eventually would lead to high school girls playing with the same rules as boys.

Somers was quite tall and had a deadly one-hand push shot from the key. She also could make driving layups, so she was virtually impossible to stop halfcourt. She scored 81 points in a game against Rockwell.

Somers was a senior for the Cleveland Eaglettes in the spring of 1959. Cleveland, Mount Ulla and Woodleaf would be consolidated into West Rowan High in the fall of 1959, but in the early months of that year, they were still rivals. They also made up half of the six-team “Rowan County Basketball League.” Granite Quarry and Rockwell, soon to be consolidated into East Rowan, were in the league. The sixth school was Denton, in southern Davidson County. It’s not known if Denton objected to the name of the league.

Somers burst on the high school scene in the 1956-57 season as a sophomore when she and Granite Quarry’s Wilson staged scoring duels on the opposite ends of the floor from each other. In Cleveland’s 92-82 win at Granite Quarry, Somers scored 73 points, while Wilson scored 71.

Granite Quarry’s Dragonettes avenged that loss, 89-86, when the teams squared off in Cleveland.  Wilson actually scored all 50 of her team’s points in the first half, and a determined GQ defense held Somers to 42 for the game.

The third meeting of the closely matched teams in the conference tournament at neutral Boyden High was a remarkable struggle. Somers scored 51 to lead Cleveland to a 75-74 victory, as the Granite Quarry girls were confused late in the game by the “Home” and “Visitors” totals on the Boyden scoreboard. The Dragonettes trailed by one when they thought they were ahead.

Somers averaged 45.6 points per game as a sophomore and topped 40 points 10 games in a row.

She actually scored somewhat fewer points as her career progressed at Cleveland, as new coach Eleanor Shull stressed getting the other two forwards more involved in the offense. Cleveland’s team, which had all-county forward Elaine Dillon and three all-county guards — Catherine Hewitt, Jane Hewitt and Myrna Hendron — playing defense, got better and better.

When Somers was a senior in 1959, Cleveland won at Mount Ulla, the first loss for the Hornets on their home floor in six seasons. Somers scored 52 in that one.

Cleveland enjoyed a dream season, rolling undefeated all the way into the Rowan County Basketball Tournament, which was held in the brand new gym at North Rowan High.

Somers scored 51 in a semifinal victory against Granite Quarry, but Mount Ulla stopped Cleveland’s winning streak at 16 with a 68-67 overtime triumph in a heated championship game played on Feb. 21, 1959. Brenda Turman scored 15 in the fourth quarter for Mount Ulla, and Mary Lou Kluttz flipped in the one-handed free throw that decided it. Somers scored 40 in her last game. She averaged 34.4 points that season.

Somers’ career point total was the highest for a female in Rowan County until Salisbury High phenom Shayla Fields piled up 2,783 in a staggering, four-year career (with modern rules) that ended in 2005.

Somers continued her education at Western Carolina, but she came along at the wrong time. There was no organized college basketball for women in those days. The only options beyond high school were playing AAU or joining a barnstorming club. Barnstorming ladies, such as the famed Redheads, would travel from town to town playing the local men’s teams.

Somers spent 30 years working for Piedmont Farm Credit, which had offices in Salisbury and Concord. She served as loan officer and office manager.