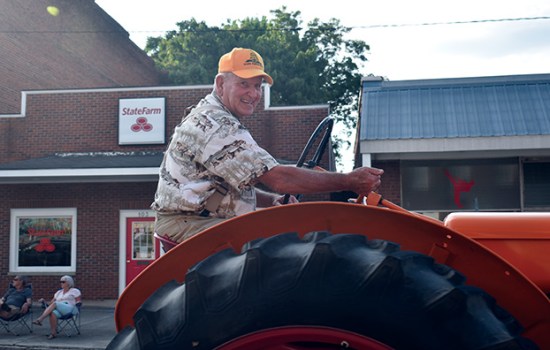 A farmer smiles at waving spectators as he drives his tractor through downtown China Grove. Ben Stansell/Salisbury Post 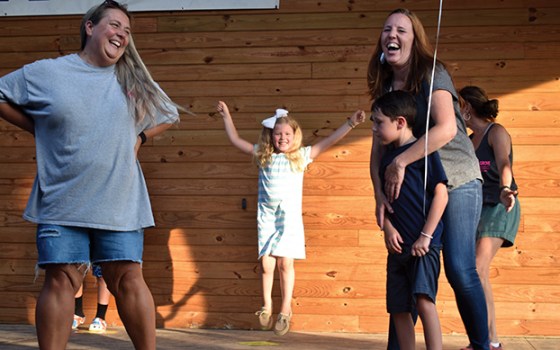 Savannah Mabrito (middle) jumps for joy after winning one of the cakewalk competitions. Ben Stansell/Salisbury Post 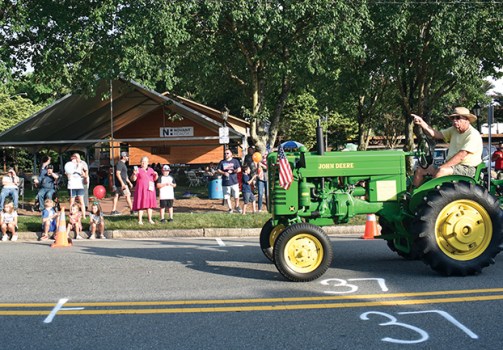 Many of the people watching the parade congregated in Hanna Park, looking for shade from the late afternoon sun under the trees. Ben Stansell/Salisbury Post 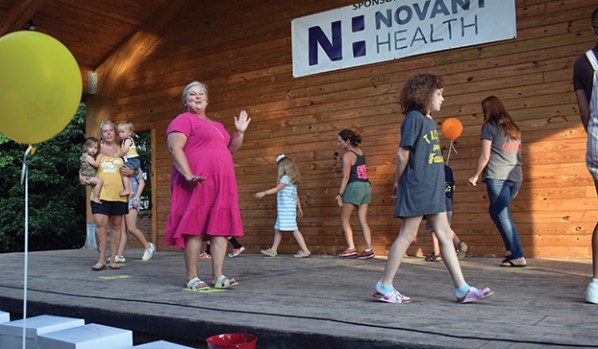 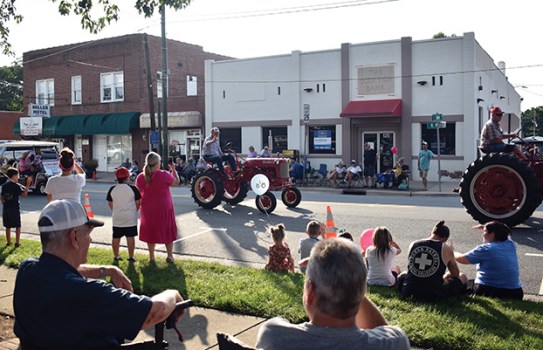 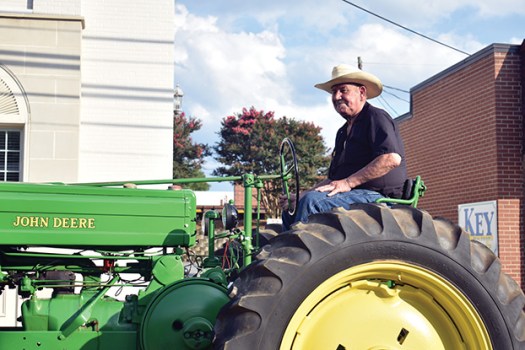 John Deere was well represented during the tractor parade, which is just one of the festivities that China Grove has hosted to celebrate the 40th Farmers Day. Ben Stansell/Salisbury Post

CHINA GROVE — When Jeff Harwell mounted the stage at Hanna Park on Thursday evening to compete in the cakewalk, he came ready to win.

“I took my grandson with me for good luck,” Harwell said.

Jackson, his lucky charm, worked like a charm. When the music stopped and the winning number was announced, Harwell and Jackson were standing right on top of it. After leaving the stage, Harwell picked up his prize — a Cheerwine pound cake made by Tea for Two Organic Eatery.

Harwell wasn’t the only one to leave Hanna Park with a decadent dessert in hand. There were 14 cakes of all types and flavors handed out during the event. The cakewalk was preceded by a tractor parade that rolled right down Main Street and by the park. Both the parade and the cakewalk were part of China Grove’s weeklong celebration for the 40th anniversary of Farmers Day.

The festivities kicked off on Saturday night with a concert performed by Darrell Harwood and will conclude with Farmers Day itself on Saturday.

“It’s been amazing,” said Patti Price Love, China Grove’s event planner. “The community has really come out and we’ve had a great time gathering. It’s really been a time for fellowship.”

The festivities, which have also included art and music in the park on Tuesday night and the showing of a movie on Wednesday evening, have been well attended so far.

People dotted the sidewalks throughout downtown around 6:30 p.m. on Thursday evening to watch tractors new, old, small and large rumble along Main Street. The farmers driving them waved from their seats. A few decorated golf carts also participated in the parade. Many spectators stopped by The Candy Shoppe on Main to purchase some ice cream to go with the parade.

Following the procession, people flocked to the big tent in Hanna Park to socialize, play games like cornhole and checkers and to watch people compete for cakes, which were made by shop owners downtown and China Grove residents. In addition to both chocolate and lemon pound cakes, contestants were also competing for vanilla cupcakes, a banana bread loaf and even a hummingbird cake.

The cakewalk was hosted by the China Grove Board of Trade, a formerly defunct business organization that was recently revived by a few downtown shop owners. Shelly Corriher, owner of Wanderer’s Rest Home Emporium, serves as the organization’s president and Angie Vaught, owner of Tea for Two, is second in command.

Vaught said the organization has added a little over 12 members since it was rejuvenated about three months ago.

“We’re reaching outside of the downtown area,” Vaught said. “We’re actually now including the entire zip code and anybody who has a home business.”

China Grove Board of Trade members have been attending most of the events throughout the week. Kristina Cook, also a member of the board, sponsored Wednesday night’s showing of the “Fall Nights in China Grove” movie through her State Farm agency.

The board plans on adding to its ranks with a membership drive on Saturday.

The weeklong schedule of events leading up to Farmers Day, Love said, has given people more opportunities to get involved in the celebration.

“Maybe not everybody can make it to Farmers Day or can stand the heat, so this gives people a chance to come out and do something a little different,” Love said.

Harwell, who has attended Farmers Day since he moved to the town about three decades ago, said having multiple days with activities has created an even more exciting buildup to Farmers Day.

He brought his family downtown on Saturday to enjoy the fireworks after Harwood’s concert and he’ll be back at Hanna Park on Saturday morning to watch his other grandson, Everett Stubbs, compete in the annual Little Mr. and Miss Farmer Contest. Jackson, Harwell’s good luck charm in the cakewalk, actually won the contest several years ago after wowing judges by pushing his own tractor on stage.

Farmers Day starts at 9 a.m. on Saturday and the Little Mr. and Miss Farmer contest will kick off around 9:45 a.m. Vendors of all varieties will set up under the tent and will offer their goods until the festivities conclude at 4 p.m.