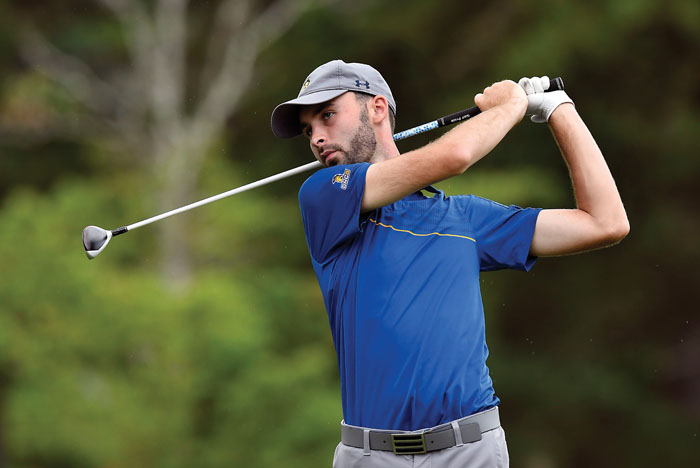 Nick Lyerly shot 68 in qualifying for the US Amateur on Wednesday. File photo by Wayne Hinshaw, for the Salisbury Post

Christian Bailey shot 66 and is on top of the leaderboard. Two golfers carded 67s. Lyerly is part of a six-way tie for fourth.

Only the top four will qualify, with two alternate spots. The final round is scheduled for today.

Eric Edwards (Salisbury, George Mason) shot 2-under 70 in the first round and is tied for 15th.

Edwards made five birdies and three bogeys. He birdied No. 16 and No. 17 back-to-back.

Hank Robins (Salisbury, Lenoir-Rhyne) made three birdies and two bogeys and shot  1-under 71.

Ronald Otile (Livingstone) shot 1-under 71 and is tied with Robins for 20th. Otile made four birdies and three bogeys.

In U.S. Amateur qualifying at Camden Country Club, Salisbury native Michael Childress (Cannon School, Richmond) shot a sizzling 5-under 65 on Tuesday after a first-round 73 on Monday.

Childress’ only bogey on Tuesday was on No. 1. He made six birdies in a 10-hole stretch.

The top five at Camden qualified. Childress tied for sixth and is the second alternate.