Back in the classroom: Teacher of the year takes unusual journey 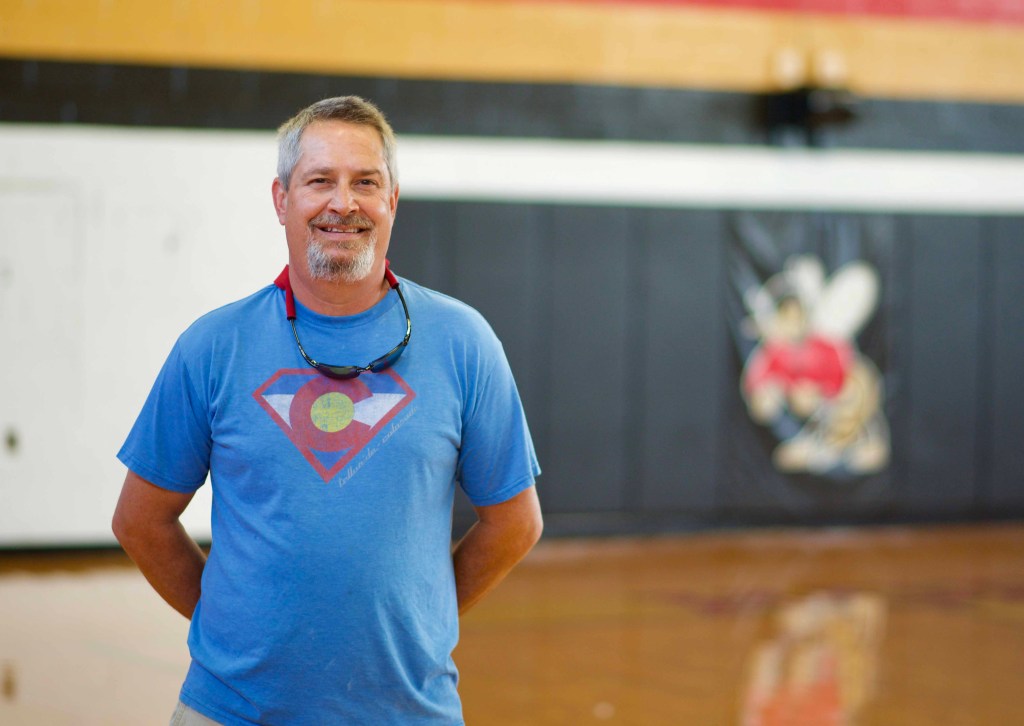 SALISBURY – Todd Parker, like many teachers, said he went into the profession kicking and screaming.

“I wanted to work in a museum,” Parker said. “I loved history and wanted to be an archaeologist.”

But his future wife saw the writing on the wall for the Cabarrus County native: despite his best efforts he would end up being a teacher. Not only that; in May, Rowan-Salisbury Schools named him teacher of the year.

He was born in Cabarrus, but grew up in Rowan County and graduated from South Rowan High School in 1987.

He ended up getting a history degree with a teaching certificate from Appalachian State University. He went to Slovakia to teach English in the country only a few years after Czechoslovakia divided into two countries — the Czech Republic and Slovakia — and the subsequent dissolution of the Soviet Union.

The experience was both wonderful and scary, he said. His Slovak students already knew or were learning a litany of other languages.

After he graduated, Parker got a job at Kannapolis Middle School and spent the next 26 years of his career with Kannapolis City Schools.

Parker said the Kannapolis community adopted him, and he became a teacher at A.L. Brown High School in the late 90s and went on to be the head track coach, a counselor and eventually into administration. Through it all, Parker stayed focused on his students.

“Kids keep me connected to the real world,” Parker said. “There’s so much going on in our worlds that we get so consumed with things from our perspective. When you work with kids, you see things from a variety of perspectives and they have a unique way of looking at things.”

He received a principal fellow scholarship at UNC-Charlotte, completed a master’s and walked straight into Fred L. Wilson Elementary School as an administrator. Then, he worked at Kannapolis Intermediate School and became principal at A.L. Brown in 2015. He completed a doctorate at Wingate University as well.

Parker says he had humbling experiences with families, including helping a young single mother of four get housing and furniture but still watching her struggle to purchase everything she needed to support her family. He said teachers go into the profession looking for that human connection. He’s learned from the values and experiences of families and students.

“In this profession you have to have empathy to be effective,” Parker said. “That ability to see things from another person’s perspective, those are the types of experiences that stick with me.”

Fast forward to the 2018-2019 school year, and Parker decided he could not do it anymore. He felt as if he spent his career raising everyone else’s kids but his own. He said school administration feels more like a lifestyle than a job. He moved into administration to better support his family, and he doesn’t regret it, but he left the A.L. Brown principal job because he wanted to spend more time with his family.

“I don’t see things as mistakes, I see them as experiences,” Parker said. “It was invaluable to help me understand the classroom. It was part of growing and learning.”

Not long after wrapping up at A.L. Brown, Parker’s love for public education started to creep back. He applied for a teaching job at Salisbury High School, looking for a position that would let him connect with kids while affording a bit more time for his family.

Luke Brown, now Principal at Mooresville High School, hired Parker to teach social studies. Less than a year later, every school in the state closed its doors due to COVID-19.

Parker said he chose the right time to become a teacher again because the experience of teaching during the pandemic has made him feel more compelled than ever to serve kids. It’s some of the most impactful work he has done, he said.

“I got back into it at the right time,” Parker said.

In addition to teaching, he is the men’s track coach and assistant athletic director at the school.