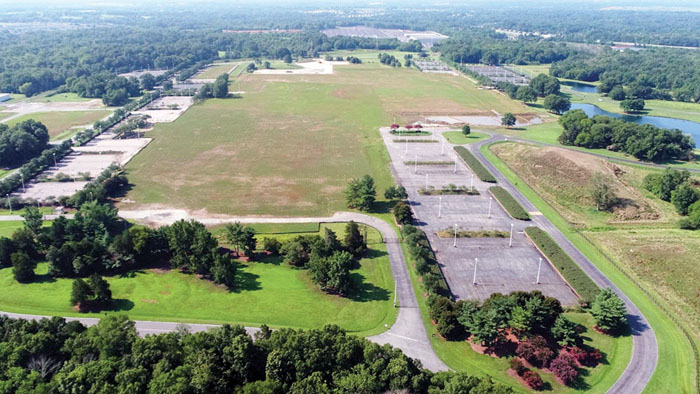 Red Bull and can filling company Rauch are partnering to build a 2 million-square-foot beverage production hub in Concord. The companies will invest $740 million in the project and create over 400 jobs. The average wages of those positions will be $50,377, which is higher than Cabarrus County’s average annual wage of $41,255.

The beverage production facility will be built at The Grounds at Concord — site of the former Philip Morris plant.

“I’m sure many in our community remember the Philip Morris expansion announcement in 1991 that was touted as the largest economic development announcement in the history of North Carolina,” Cabarrus Board Chairman Steve Morris said in a news release. “None of us could have imagined that we’d be here in 2021 talking about that same property being home to the largest economic development investment in the history of Cabarrus County. It’s a reflection on the resilience of this community.”

“These companies are bringing substantial investment and excellent jobs to our community,” Page Castrodale, executive director of the Cabarrus Economic Development Corporation, said in a news release. “The Grounds at Concord has attracted a lot of interest over the years and we knew there was tremendous potential on that site. This was the kind of operation we were all hoping for.”

State and local officials celebrated the announcement Tuesday in downtown Concord at the Cabarrus Center for Innovation and Entrepreneurship. Gov. Roy Cooper, who also stopped by Northwest Cabarrus High School on Tuesday to see a vaccine clinic, spoke during the event.

“Global manufacturers need a world-class workforce to support their expansion plans,” Cooper said. “In North Carolina, Red Bull and Rauch have chosen the largest manufacturing workforce in the Southeast and a resilient business climate with an excellent transportation infrastructure to support their long-term growth.”

The North Carolina Department of Commerce led the state’s efforts to support Red Bull and Rauch’s decision to locate in Concord. Overall, the local region will benefit from a $20.8 million annual payroll impact in the community.

“We are excited to see the partnership that Red Bull and Rauch are creating here in North Carolina,” said N.C. Commerce Secretary Machelle Baker Sanders, who was also in attendance for the announcement. “Like this partnership, North Carolina’s success is supported by strong economic and workforce development partnerships, which will continue to attract growing companies that are creating good-paying jobs and impactful investments statewide.”

Red Bull and Rauch’s location to North Carolina will be facilitated by two Job Development Investment Grants (JDIG) approved by the state’s Economic Investment Committee. The grants call for $4.1 million to be paid over 12 years if performance targets are met by the companies. Over that same time, the project’s economic impact to the state is expected to be $1.8 billion.

Since Red Bull and Rauch are located in Cabarrus County, classified by the state’s economic tier system as Tier 3 (the least distressed tier), as much as $1.3 million could be moved into the state’s Industrial Development Fund – Utility Account.

The Utility Account helps rural communities finance necessary infrastructure upgrades to attract future business. Rowan County, which is a Tier 1 county (the most distressed tier). Granite Quarry used a $208,350 grant from the fund awarded in December of 2018 to build sewer infrastructure for the Granite Industrial Park. Imperial Supplies recently moved from its former home on Litton Drive into a 150,000-square-foot distribution center in the park.

Cabarrus County and the city of Concord will conduct public hearings next month regarding performance-based property tax grants on increased tax value, which are applicable if the Red Bull and Rauch operations meet continual performance goals.