Nonprofit announces $250,000 fundraising effort for park on Rowan side of Wil-Cox Bridge 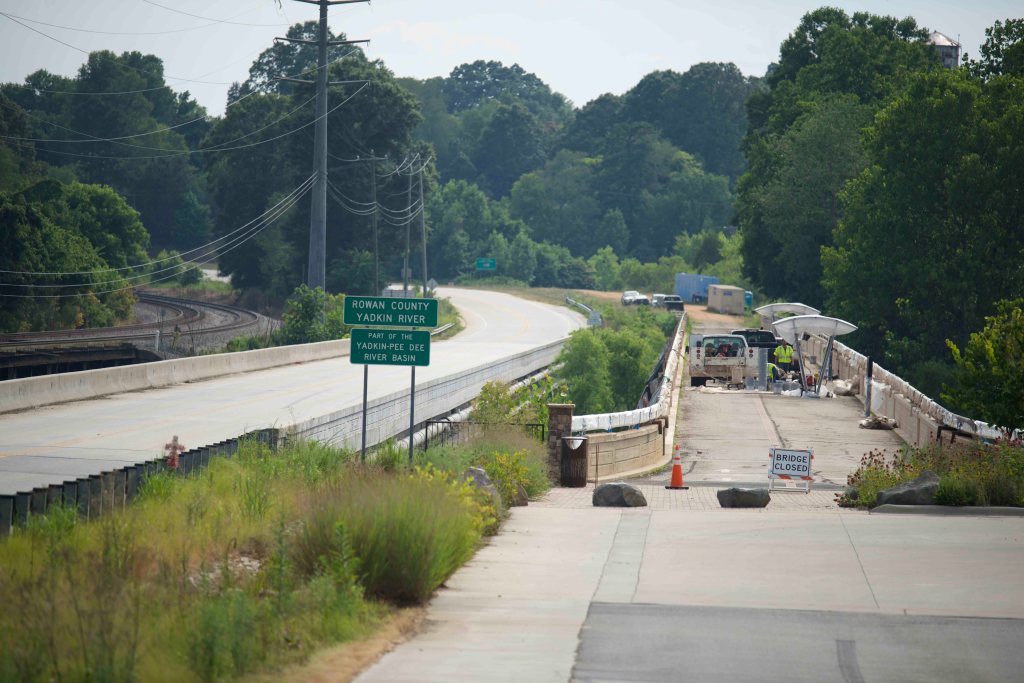 Carl Blankenship/Salisbury Post - Looking in to Rowan County from the Davidson County side of the Wil-Cox bridge.

SPENCER — Excited by the potential of a park on the Rowan side of the Yadkin River, Salisbury philanthropist Ronnie Smith on Tuesday night delivered news to the Board of Aldermen that could accelerate the project.

Smith said nonprofit Friends of Rowan, which has already made substantial contributions to both the Davidson and Rowan sides of the park, will match $125,000 in pledges to put forward an additional $250,000 for a park on the Rowan County side of the Wil-Cox Bridge. Smith said his enthusiasm about the potential of a Rowan Yadkin River park motivated him to track down money to boost the project.

The figure was not random. Smith said project manager Jeff Ashbaugh gave him the number as an estimate for how much the town would need to build out the first and second phases of the project at the same time.

Smith started his spiel by enlisting Spencer Projects Manager Joe Morris to pass out material, including some Energizer batteries.

Listing items that make the project a unique opportunity, Smith said Spencer is at the direct center of the state’s western population center and opined on the historical significance of the York Hill area, where the Wil-Cox Bridge sits.

He told the Spencer board the area has great recreational potential and historical significance. It is the site of battles during the American Revolution and Civil War, was a strategic home front location during World War II and the site of significant trade and conflict in the colonial period as well, Smith said.

Ashbaugh told the board that development of the first phase is wrapping up and it could be underway this fall, but if the town opts to combine phases with the additional funding it could push construction back and receive better value.

Before news about new funding, the plan was to use money Spencer has on hand for the project, $135,000, to contract out the first phase of the project — a basic trail build with gravel paths, a parking lot and some limited signage. The hope was to use leftover funding and a possible $100,000 grant from the North Carolina Parks Service to improve on the project in phases.

Because a large part of existing funding was contributed by Friends of Rowan’s efforts, Spencer Mayor Jonathan Williams said of the group: “They are giving this the kickstart we need.”

The town plans to continue to develop the project by adding more amenities such as benches, trees and trail development to downtown Spencer. Ashbaugh said the park is at a connecting point for four regional trails.

The town is in the process of applying for the Parks Service grant. Morris told the board it needs to submit a pre-application materials and is awaiting a response inviting the town to formally apply. It needs to provide a $25,000 match for the grant if it is awarded; the town would be able to pull that funding from the $135,000 it has on hand.

East Spencer one of several communities targeted for an…