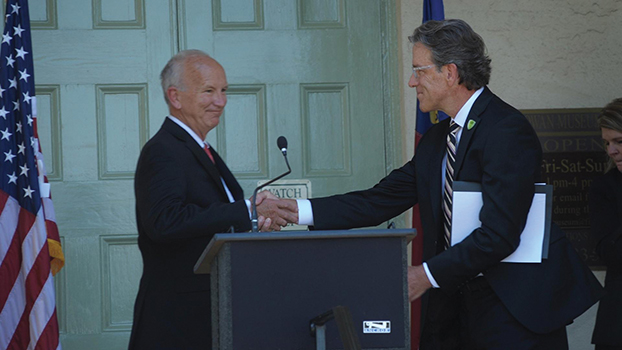 “I am pleased to reappoint Chief Judge Charlie Brown as Chair of the Sentencing and Policy Advisory Commission,” Newby said in a news release. “His extensive experience on the bench and the commission eminently qualifies him for this position. I look forward to his continued service and leadership.”

The panel is charged with monitoring the criminal and juvenile justice systems and reporting to the General Assembly. The commission recently published reports on proposed legislation, juvenile recidivism and program effectiveness, statewide statistical information on felony and misdemeanor convictions and population projections for prisons, jails and youth development centers.

After serving as a member of the commission for nine years, Brown took over as chairman in 2017. He presides over the 28-member commission and its various subcommittees.

“I’m honored to be reappointed to lead the Commission, and I’m proud of the work that we’re doing together,” Brown said in a news release. “Despite the challenges of the pandemic over the past year, we continued to focus on important criminal justice issues including forecasting the prison population, examining sentencing practices across the state, and studying juvenile recidivism.”

Brown was elected to the District Court bench in Rowan County in 1998 and was appointed chief District Court judge in 2001. In total, he has more than 29 years of experience in the state’s court system, having served as a private attorney, Department of Social Services attorney and assistant district attorney. Brown will continue to serve as chief district judge.

Brown received his bachelor’s degree from Appalachian State University and studied law at the University of South Dakota School of Law and the Wake Forest University School of Law. He lives in Salisbury with his wife, Emily Ford, and their three children.