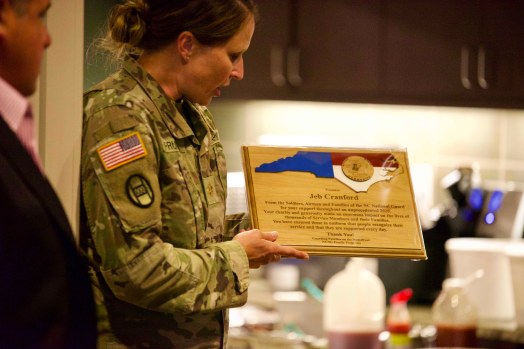 Carl Blankenship/Salisbury Post - Maj. Michelle Pruitt reading the inscription on plaques given to awardees. The plaques are assembled by hand. 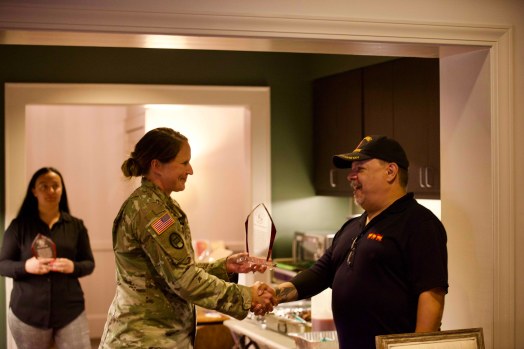 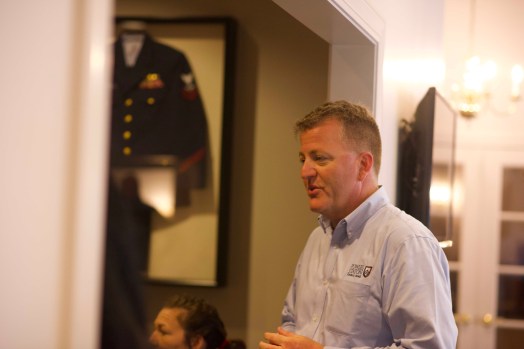 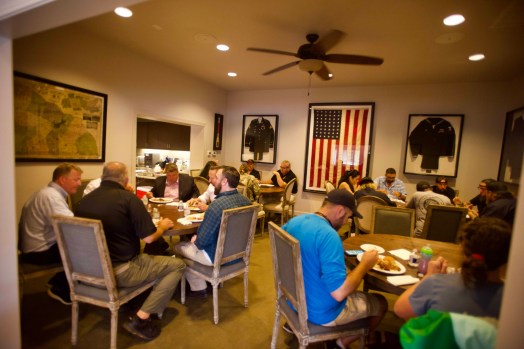 The room was full of people who contributed to Powles Staton’s Operation Toy Soldier program — a local rendition of a nationwide effort organized by Veterans Funeral Care. Powles Staton is a member of the network, consisting of funeral homes that provide services for the families of veterans.

This year was a milestone for the local program. Funeral Director Russ Roakes said this year marked 25,000 toys being donated in the five-year lifetime of the local program. Operation Toy Soldier founder Jim Rudolph has commended the collection efforts at Powles Staton for outpacing those in metropolitan areas that dwarf Rowan County.

Roakes said Powles Staton collected 250 toys when the program started. He thought that number was good, but the funeral home got in touch with local Toys for Tots coordinator Arbe Arbelaez and the program expanded massively.

Arbelaez, a retired marine, has been collecting toys for decades and was first assigned to work with Toys for Tots as a punishment when he was still in service. Both he and his wife, Ann, were awardees on Thursday. Roakes dispelled the idea that he and Arbelaez are in competition, noting the programs work together.

“Why not get involved and give back to the community?” Roakes said.

Roakes said many military families’ soldiers are deployed while their families are still home. He asked why people would not try to help those families.

“It’s just a very small way we can say thank you,” Roakes said.

N.C. Army National Guard Maj. Michelle Pruitt, who’s the family programs director for the state, arrived with handmade plaques inscribed with the name of each person and group being recognized. On the list of awardees were a handful of local businesses and a number of individuals who have been heavily involved in the local charity. Several of the most prolific contributors were given special acrylic plaques.

Pruitt said her staff members work across the state to support soldiers throughout the year. She said Powles Staton may be the largest single contributor of toys. She noted the home has donated more than 8,000 stuffed animals alone.

“Clearly they have a lot of relationships with everyone in county,” Pruitt said.

Rowan County Register of Deeds John Brindle and Assistant Register of Deeds Shane Aldridge were on hand with the food. Brindle helps Powles Staton with its veteran programs often, smoking up feasts of barbecue.

“If you do it one time, most people will get hooked,” Brady said.

The following businesses and individuals received plaques Thursday for their contributions: