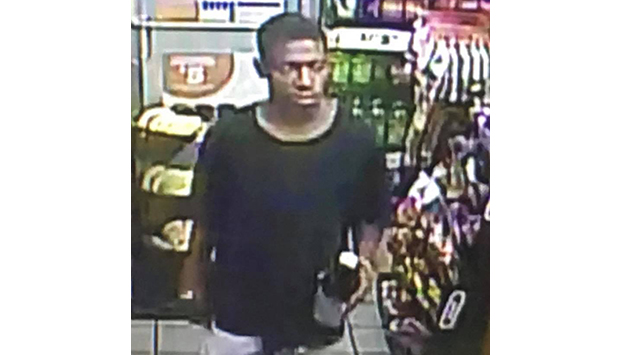 Salisbury Police released this image of a suspect in a robbery at Circle K in Salisbury.

SALISBURY — Police are looking for a man who allegedly demanded money from a convenience store at 1015 East Innes Street and left after selecting a beer from a cooler.

The man left the Circle K convenience store around 11:40 p.m. Tuesday with an undisclosed sum of money after the clerk heeded the his demands to open the register and hand over money. Lt. Justin Crews of the Salisbury Police Department said the man did not display a weapon.

His identity is unknown, and police released an image showing the man walking through the store with the beer in hand.

Anyone with information about the man pictured can contact Officer Parry at 704-638-5333.

• A woman overdosed in the 400 block of West 15th Street in Salisbury.

• Yasarian Aquino Bush, 27, was arrested Tuesday on a charge of response to nonpayment/order to show cause, a charge that can be issued after someone is ordered to pay court costs or fines and does not do so.

Routine reports are not available from the Rowan County Sheriff’s Office because of a computer problem.