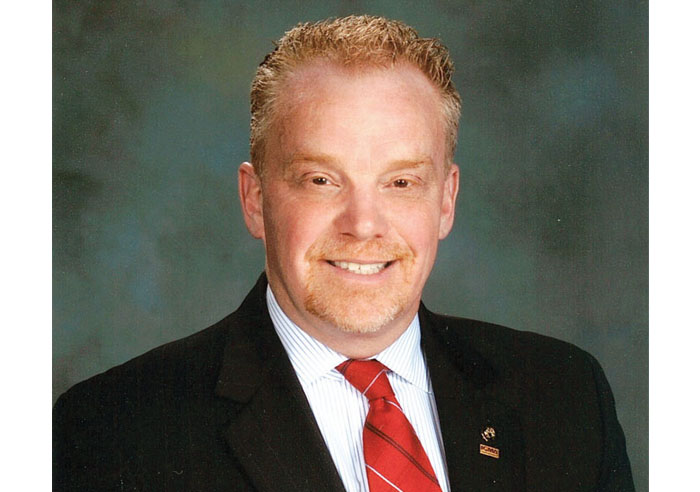 SALISBURY — When City Manager Lane Bailey on Thursday announced his retirement at the end of the year, he was already thinking about what comes next.

With two kids in college, he’s planning to spend time with family and enjoy being an empty-nester with his wife. He’s also planning to take on consulting work and, like another retired Salisbury city manager, Dave Treme, some interim city manager work.

Before taking the reins of Salisbury city government in 2015, Bailey was the longtime manager in Lenoir, which is in Caldwell County.

Known to carefully scrutinize financials, Bailey says, “At some point the math just makes sense” to retire. His announcement also came on the first day of the 2021-2022 fiscal year and the same week as the start of filing for the 2021 Salisbury City Council race.

He looks at his time in Salisbury fondly and says the future is bright for the city, adding “some of the best days are ahead of us.”

“Each year as we close out the budget year and begin another, I like to reflect on the year’s previous accomplishments,” Bailey said in a news release announcing his retirement. “This past year has certainly been both challenging and historic as we navigated the global pandemic. The past few weeks as I have reflected, I fully realize that I have had a blessed life. I feel very fortunate to have worked with great people committed to improving our community.”

Future projects he’s most excited about include the Empire Hotel’s redevelopment, construction of a second platform for passengers at the Salisbury Station and the opening of Bell Tower Green Park. After breaking off exclusive talks with a developer last year, city officials solicited new proposals for the historic building and haven’t yet selected a specific plan. The second platform is scheduled for completion in 2024 and will be paid for mostly by the N.C. Department of Transportation. Bell Tower Green, meanwhile, is scheduled to officially open to the public on Sept. 10; the city will be responsible for its maintenance.

Bailey says he’s proud of the increased diversity on city staff since he became manager, particularly on the management team, the perseverance of staff during the pandemic and the hiring of Jerry Stokes as police chief in 2016, which was followed by a decrease in use of force and an improvement in training for officers.

About crime and policing, Bailey said the biggest challenge is staffing and recruiting new officers to the Salisbury Police Department.

“But the uptick in violence is concerning to everyone,” he said.

Bailey said he’s hopeful recent work with the Salisbury-Rowan NAACP and the expansion of its Summer Cease Fire Program into a year-round initiative will yield positive results.

He called the city’s fiber-optic network, previously known as Fibrant, and the transition to management by Hotwire “the most unique challenge.” When he was hired in 2015, Bailey was told Fibrant was a profitable enterprise when, in fact, the general fund was subsidizing millions in expenses.

“I think we’ve weathered some difficult storms financially, and we’re certainly still working to improve, but we made some progress with that,” Bailey said.

The city took on tens of millions of dollars of debt to build the network and continues to spend millions every year to help pay for it. The city’s 2021-2022 budget shows $19.38 million in principal and $2.5 million in debt outstanding, with a final debt payment date in 2029.

“In 2029, it will be a great time to be on city council or be the city manager of Salisbury,” Bailey said.

Hotwire has more support and technical expertise than city staff were able to offer, he said. By leasing the system instead of operating it on its own, Salisbury city government shed operating expenses it would otherwise shoulder. Through the city’s fiber-optic network, Bailey said, Hotwire offers better quality internet at a better price than other providers in the area.

Asked whether he’d change anything about his time as city manager, Bailey said he would’ve liked to switch to Hotwire management of the fiber-optic network sooner.

He’s sought to be an accessible city manager and make city staff available to the public, too, creating listening sessions in individual neighborhoods and an open-office hour one Monday per month.

As the city looks for Bailey’s replacement, something Mayor Karen Alexander says will start immediately, the retiring city manager has a message for whoever comes next.

“Salisbury is a great place to live and work and there are lots of opportunities on the horizon to work with some very good people,” he said.

Destiny Stone raffles off prizes from local businesses to…