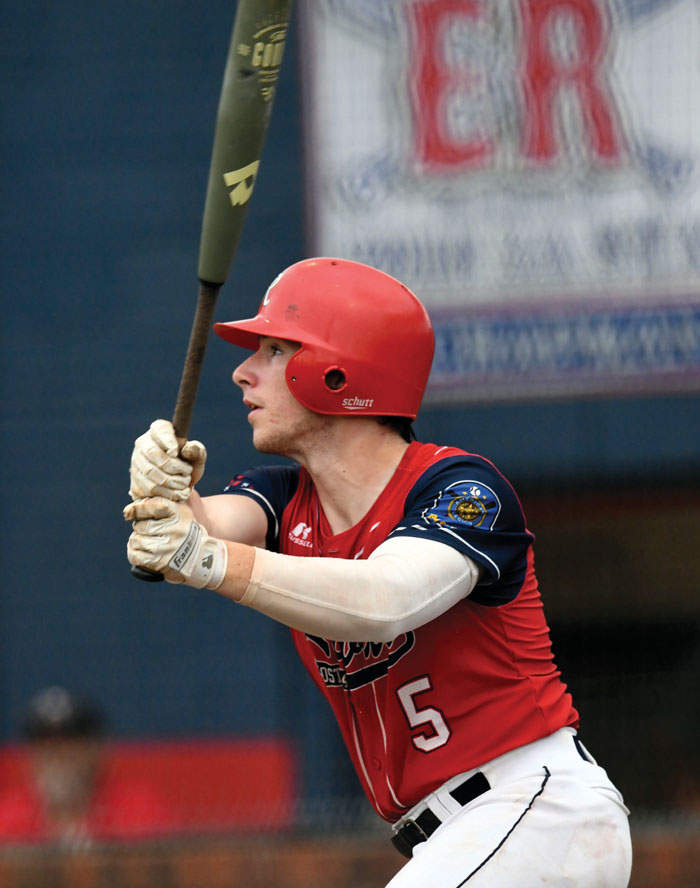 Rogers went 4-for-4 with seven RBIs to crush Kannapolis 10-2 at Staton Field. Against all odds, he managed to top his recent six-RBI performance against Mocksville. 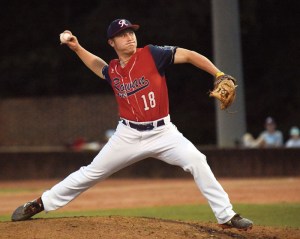 Rowan (5-1, 3-0) got six strong innings from starting pitcher Chase Drinkard, Rogers’ teammate at Carson High and Southeastern Community College in Whiteville. Drinkard threw 48 of his 68 pitches for strikes. He struck out three and walked none.

Dylan Driver finished up on the mound with an interesting seventh, as Kannapolis loaded the bases without getting a hit. South Piedmont Conference Player of the Year Jake Dameron, who starred at Robinson, lined out to right to end the game.

The teams were washed out Friday when they were scheduled to play in Kannapolis, so Saturday’s game was the first highly anticipated showdown of two teams that came in with unbeaten divisional records.

Kannapolis (5-2, 2-1) struck for a run in the first inning on a two-out RBI single by losing pitcher Michael Gracer, but Drinkard was tough after that.

The turning point came in the top of the third. Kannapolis lead-off man Nick Alderfer, one of the standouts for Cox Mill’s 3A state runner-up team, opened the inning with a triple, and Kannapolis was on the verge of taking a 2-0 lead. But the inning ended with Alderfer still stuck on third. Drinkard got three tough hitters out with two strikeouts and a pop fly.

Then Rowan enjoyed a five-run bottom of the third to take charge. Singles by Austin Fulk and CP Pyle got things started. Rogers’ sharp double to left scored both runners for a 2-1 lead. After Driver singled, Aiden Schenck’s two-run double made it 4-1. After a hit by Peyton Summerall, Tristan Miller’s groundout scored Schenck.

Charlie Klingler and Pyle got on base in front of Rogers’ double in the fourth that made it 7-1.

Kannapolis scored in the sixth on hits by Dameron and Cale Oehler to get within 7-2, but Rogers unloaded his third homer of the season to left in the sixth with Fulk and Pyle on base.

Rogers finished his night’s work with a tidy 7-2-4-7 boxscore. Schenck, Fulk, Summerall and Klingler had two hits each. Pyle, who bats in front of Rogers, scored three times.

Kannapolis will look to bounce back on Monday in a home contest at Northwest Cabarrus High against Mocksville.