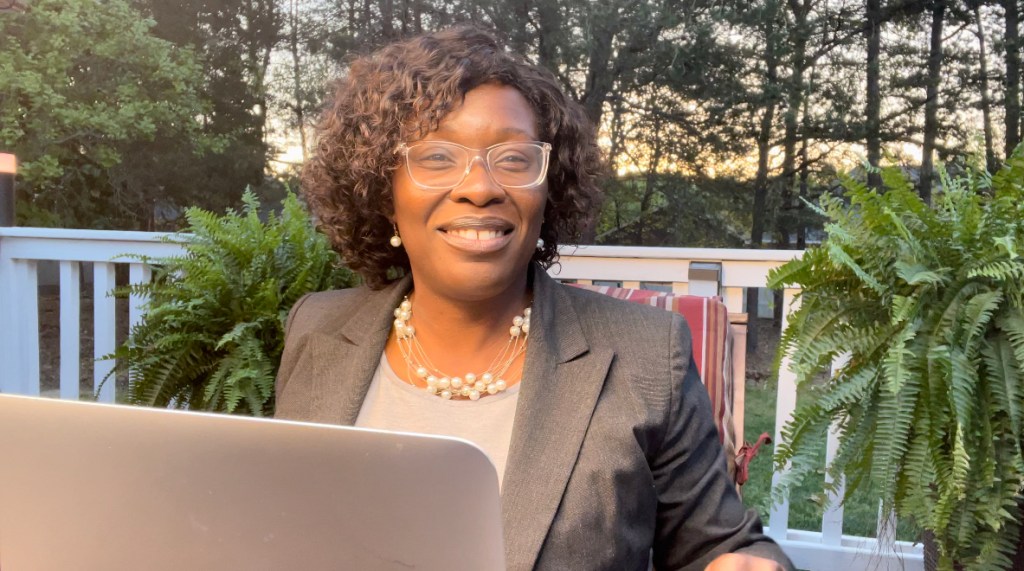 SALISBURY – Felecia Young has experienced a busy year full of highlights involving state government, and now she is headed to Washington.

The Knox Middle School math teacher has been invited to take her family to the White House for a Fourth of July celebration on the South Lawn with President Joe Biden and first lady Jill Biden. Gov. Roy Cooper’s office recommended Young for the celebration that will include 1,000 essential workers and military personnel.

Young was featured in Cooper’s annual State of the State address and was part of a video series produced ahead of the speech. Cooper visited Salisbury in June to recognize Young as well.

The program highlighted how Young uses TikTok trends to demonstrate math concepts and relate to her students. At the time, she was amazed she was able to speak to Cooper and be part of the address.

Young said she did not believe the initial correspondence she received from the White House requesting her attendance, but she later received a message from Cooper’s office asking her to RSVP for the event a day away from the deadline.

“Then I realized it was real,” Young said.

The message she received from Cooper’s office said the governor immediately thought of Young when the White House asked for suggestions of people to invite.

Young said she doesn’t understand all the recognition she has received recently because she thinks of herself as a common teacher, but the people around her must see something more.

When Cooper visited Knox, Principal Michael Courtwright told the gathered reporters that Young is a world-class teacher. The governor said she makes him want to be in a classroom again.

Young moved up to administration a few years ago and served as assistant principal at Hanford-Dole Elementary School, but she decided to return to the classroom. The move proved to be a good choice.

“It was an easy decision to make,” Young said.

Young is teaching summer school and planning for the fall semester. Her family will leave for Washington this weekend and she plans to take lots of photos of the experience.

The celebration is intended to be a symbolic return to normalcy in the wake of the COVID-19 pandemic. The ongoing pandemic has killed more than 600,000 Americans, resulted in mass unemployment and shuttering of businesses. The administration had a goal of 70% of Americans being vaccinated by the Fourth but will not reach that.