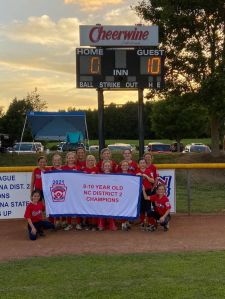 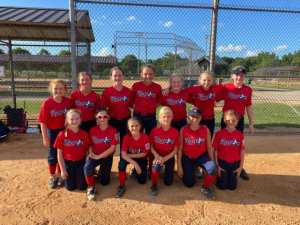 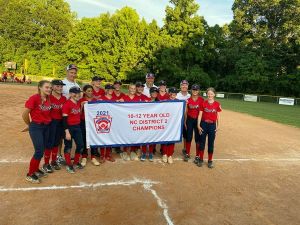 Lexington track and field star Alyssa Thompson Rowe was named the Female Athlete of the Year for the Conference.

Games will be played at UNC’s Boshamer Stadium  through July 2.

The Kannapolis Cannon Ballers have been playing much better of late, but they were outscored 16-10 by Charleston on Tuesday.

Rowan County is scheduled to return to action on Thursday at Staton Field against Mooresville.

Mooresville lost 2-0 to Mocksville on Tuesday.

UNC pitcher Austin Love (West Rowan) projects to be drafted in the first five rounds of the upcoming MLB draft.

The national  team has two 24-man teams — Stars and Stripes. They’re playing 11 games this summer at minor league venues in the the South.

A strong relief effort by Logan Ballard led South Rowan to a 9-6 win against East Rowan on Monday.

Brooks Hubbard had a double for South and knocked in two runs.

Morgan Padgett (East Rowan) was the winning pitcher for the South Charlotte 2023 team in a 10-2 romp. Padgett was 2-for-2 at the plate, while Chance Mako (East Rowan) scored two runs.

Cobb Hightower (East Rowan) had two hits and two RBIs for the South Charlotte Panthers 15U team in a 10-2 win on Tuesday.

All-State softball teams have been announced by the North Carolina Coaches Association.

Chopko was named 4A Player of the Year for the West.

Nick Lyerly (East Rowan) shot 3-under 67  on Pinehurst No. 2 in the first round of the North & South Amateur on Tuesday.

Lyerly made four birdies and one bogey and is tied for fifth, two shots behind the leaders.

He’ll play on Pinehurst No. 4 today.

After two rounds of stroke play, the top 32 golfers advance to match play.

He used a 9-iron from the yellow tees.

The shot was witnessed by Steve McGuire and John Hathcock.

David Berrier used a 6-iron to ace No. 15 from the white tees.

The shot was witnessed by Craig Pless and Eric Rhew.

Chad Ballard made a hole-in-one on No. 8 with an 8-iron from the white tees.

The feat was witnessed by Jeff Prevette.

Ty Cobb got closest to the pin, while Don Carpenter won longest putt.

Rowan will be in the state tournament in Marion, starting on July 5.

COVID wiped out Little League in 2020, so Rowan, which won it all in 2019, is the defending state, regional and World Series champs in this age group.

Rowan won twice against East Surry and once against Northwest Forsyth. Davie also was in  the district tournament.

Remington Hagerty pitched a no-hitter and struck out 15 batters in the championship game against East Surry.

The Rowan Coach Pitch  team (ages 6-8) won the District 2 championship and will play for the state title at Lake Norman, starting July 10.

The event had over 40 registrants.

The winner in the girls division was Lilyana Acevedo (11-12).

Local winners are in the running to attend the Braves Team Championship in Atlanta this summer.

Watson will have an opportunity to assist in OTAs,    mini-camp and training camp this summer with the Minnesota Vikings.

Legion baseball: Rogers back in the swing of things