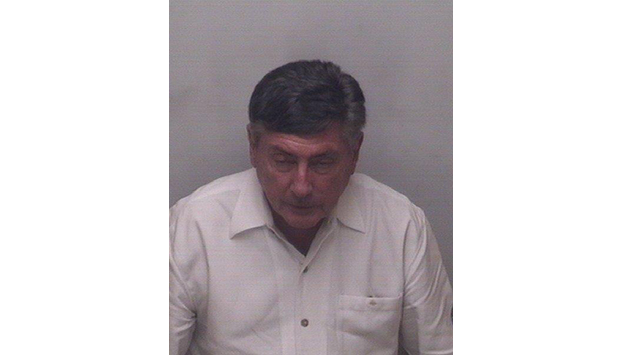 Pierce, 66, of Saint Johns Drive is accused of driving 50 mph in a 35 mph zone with a blood alcohol content more than three times the legal limit, which is 0.08, according to an incident report. Salisbury Police say he threatened to use his connections to get out of the charges and have the officer who pulled him over fired. His driver’s license was automatically suspended for 30 days because of the DWI charge.

Salisbury Police officer H.M. Lindquist stopped Pierce around 7:23 p.m. near the intersection of West Innes Street and Statesville Boulevard after a person reported Pierce as a reckless driver, according to an incident report. He was driving a 2015 GMC SUV.

Lt. Justin Crews of the Salisbury Police Department said the officer witnessed Pierce cross the center line of West Innes Street. The caller reported Pierce swerved across the road, drove in the wrong lane and almost struck other vehicles.

Pierce allegedly was belligerent toward the police officer, dropping the names of and saying he contacted other elected officials, Crews said. Pierce, whose wife was in the passenger seat, said he was on the way back from an event, consumed two glasses of wine and received assurance from the other elected officials “it would be taken care of,” according to an incident report.

Crews said Pierce threatened to sue the officer and “have his job.”

Pierce showed four of six clues on the horizontal gaze test and couldn’t complete other field sobriety tests, an incident report states. He had red, glassy eyes, smelled of alcohol and admitted to drinking, the report states.

He took a breathalyzer test, blowing a 0.27 first attempt and 0.26 on the second, according to documents attached to his arrest warrant. Courts will use the lower of the two numbers.

Instead of spending the night in jail, people charged with a DWI can be released into the custody of a sober adult. Crews said Pierce’s wife was not sober. So, Pierce was released to the custody of a woman named Katherine Trexler on a written promise to appear in court July 30.

He was first elected to the Rowan County Board of Commissioners in 2012. Pierce won a second and third term in 2016 and 2020, respectively. As a commissioner, Pierce is one of five people who make decisions about county government’s budget, hire and fire the county manager and make other policy decisions.

Pierce did not respond to multiple requests for comment on Monday.

Editor’s note: This story has been updated to correct Pierce’s first day in court, which is July 30. We apologize for the error.