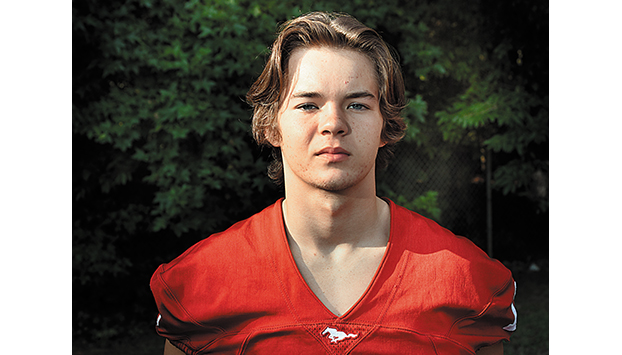 SALISBURY — An 18-year-old East Rowan High School graduate was killed Saturday in a two-vehicle crash at the intersection of Jake Alexander Boulevard and Julian Road.

Caleb Jarvis, who was among East’s 2021 graduates, was riding a motorcycle south on Jake Alexander Boulevard around 2:23 p.m. Saturday when he struck a Chevrolet Malibu that was attempting to turn left onto Julian Road. He was thrown from the motorcycle and was wearing a helmet, said Sgt. Russ DeSantis of the Salisbury Police Department. DeSantis said Jarvis was pronounced dead at the scene of the crash.

There were no other injuries reported in the crash. The motorcycle and Malibu both sustained heavy front-end damage.

East Rowan High School said in online posts over the weekend that Jarvis’ death was a huge loss to the Mustang community.

“Please keep his family, friends and our Mustang community in your prayers and thoughts at this time. Another Mustang gone far too soon,” the school said in social media posts.

At East Rowan, Jarvis played football, ran cross country and was on the track team, making the all-county team for the 2018-2019 school year. He was a certified personal trainer at The Forum in Salisbury.

Matthew Marsh, co-owner of The Forum, described him as “the most upbeat and positive person I’ve ever been around.”

“We were just talking about what he wanted in life and how hard he was working to achieve his goals” Marsh said in a social media post. “He was a great person and will be missed by me and everyone at The Forum.”

Jarvis was born April, 5, 2003, in Thomasville to Tony Joe Jarvis and Sherrie McDaniels Cozart. He enjoyed exercise and swimming. He was trained in jiu jitsu and enjoyed riding his motorcycle. Besides The Forum, where he recently started, he worked with his dad at Tommy Jarvis & Sons Construction.

Arrangements are being handled by Powles Staton Funeral Home in Rockwell. The family will greet friends and relatives on Tuesday from 4 p.m. to 7 p.m. at the funeral home.

A GoFundMe page for the Jarvis family on Monday had already raised about $8,400, with donations ranging from $10 all the way to $500. The fundraiser’s organizer is Luke Eggert.

Counselors will be available at East Rowan High for students.