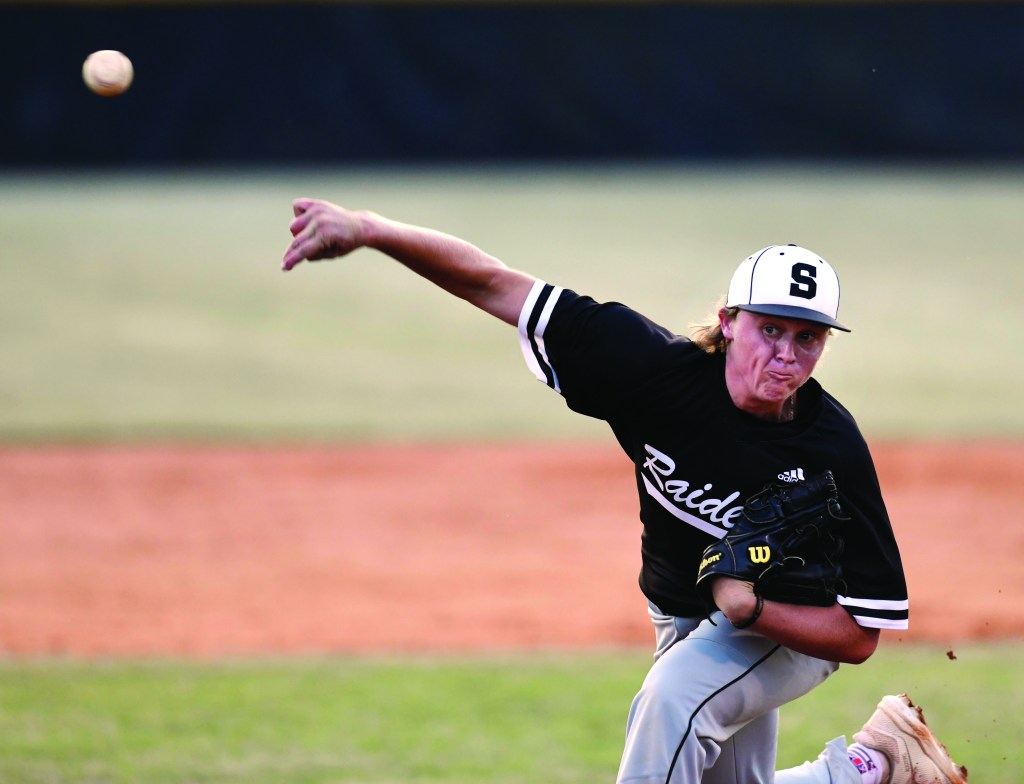 RUTHERFORDTON — R-S Central scored what proved to be the game-winning run on a failed pickoff attempt by South Rowan as the Raiders fell in the Western Regional semifinals to the home-standing Hilltoppers 4-3 on Saturday night.

With the loss, the Raiders’ impressive 2021 season comes to a close with a 14-4 record.

“It was a really good game between two really good baseball teams,” South Rowan coach Thad Chrismon said. “It’s a shame somebody had to lose and we came up a little short tonight.”

Kane Kepley reached on a bunt hit to start the game and Nathan Chrismon was hit by pitch.  Another bunt loaded the bases with no outs  An RBI groundout by Jackson Deal put South Rowan up 1-0. Jacob Ritchie followed with a RBI single to give the Raiders a 2-0 advantage. The Raider defense flashed the leather in the bottom half, turning a 5-4-3 double play to keep R-S off of the scoreboard.

Ritchie showed off his arm from the catcher’s position in the bottom of the third as he caught an R-S Central baserunner trying to steal. In the fourth inning, Drew Watkins was hit by pitch, but Wheeler recorded a strikeout to leave the score at 2-0.

The Hilltoppers mounted a threat in the bottom of the fourth. Kael Snethen led off with an infield hit and scored on an Andrei Haynes single to make the score 2-1. After a double, Nate Ellenburg tied the score with a groundout as the teams were level at 2-2.

Nathan Chrismon led off the top of the sixth with a walk and promptly stole second. He scored on a bunt hit by Hubbard after a wild throw to first to tie the game at 3-3. Jack Weaver took over on the mound for South Rowan in the bottom of the sixth and walked the bases loaded with two outs. Deal replaced him and made a costly error on a failed pickoff to give R-S a 4-3 lead.

Finch McMillin was hit by pitch to lead off the seventh and Wheeler was replaced by closer Kael Snethen. Two outs later, catcher MicaJah Wall threw out the tying run to steal second as R-S took the 4-3 win.

Even with the loss Coach Chrismon was proud of what his team accomplished this season.

“This is a special group,” he said. We came out of a tough conference and played some really good baseball this year. That means a lot. I am proud of the guys.”