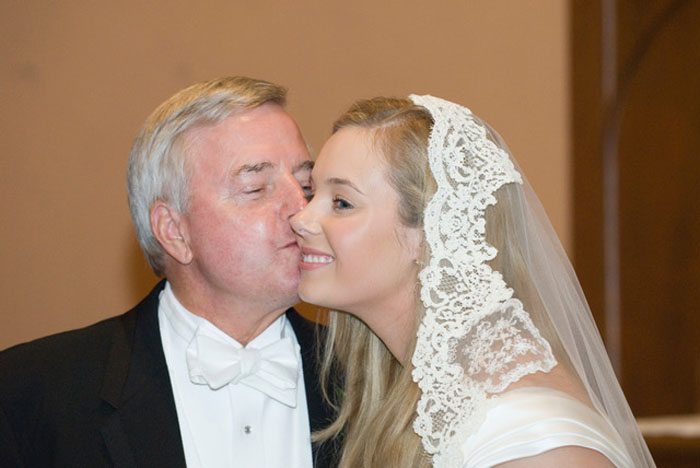 My father is one of the smartest men I know—and one of the most horrifically awful spellers. Dad and his classmates were an experiment of sorts, a study in whether teaching children to read via memorization would be more successful than teaching phonics. Spoiler alert: It was not.

I, on the other hand, a Catholic school girl, phonics pro and expert sentence diagrammer, have won more spelling bees than I can remember. So, for most of my growing up life, my father, when writing a speech for one of his Mayoral duties, penning a thank you note or striking an email would call from down the hall, “Kristy! How do you spell…?”

Still, to this day, he will call me on the phone to ask me how to spell a word. He’s quite proficient on the computer and certainly knows how to use a dictionary. But what can I say? Old habits die hard.

I can only assume that the vast amount I read as a child contributed to my spelling prowess. My mom instilled in me a love of books, would read to me for hours at a time and always has a book in her bag, which is the grandest of ironies because I am quite certain that my father, the seldom reader and terrible speller, is the reason I write books. Because, although I feel confident that for him to ever try to write them down would involve a lot of spelling phone calls, my father is one of the best storytellers I have ever known.

My entire life, at the beginning of a trip, of which we took many, the first words out of my mouth would be, “Daddy, tell me a story.” Whether we were heading to ski the Swiss Alps or to Wilmington to visit my grandparents, my dad would regale me with tales of how he and a buddy climbed Coke crates to the top of a service station and threw eggs at cars or how they hitchhiked to the beach every weekend, my mom’s hearty refrain, “Paul, don’t tell her that.”

This ability to tell a story is one of the things that makes my father a fantastic public speaker. Well, that, and the complete and total lack of a comfort zone. I speak often now, perhaps even more than my father. And, sure, once I have done a talk two or three times, I ditch my notes. But he will speak any day, any time, any place, on a whim, about any topic. The mere idea of that gives me butterflies.

Dad is an avid skier, an above-average golfer, an enthusiastic boater, a man who enjoys doing men’s things. But I never got the feeling that Dad wanted a son. I never got the feeling, in fact, that he knew he didn’t have one. He taught me to throw a football, swing a club, spent hours helping me practice for the annual St. Luke’s softball game and came to a million Salisbury High School tennis matches. He taught me to ski at the age of three, water ski at the age of five, and swim well before my second birthday. Dad taught me how to drive a stick shift, change a tire, shoot a target, and balance a checkbook. (That one, I’ll admit, has gone by the wayside.)

Even still, I talk and write a lot about the women in my family. My mother, who stayed home with me, who always had at least a dozen kids traipsing in and out of her house, who has supported and guided me in everything I have ever done. My grandmothers, both of whom imprinted on me, in their own way, what it meant to be a Southern lady but still conquer the world. My great-grandmother, who was the first woman to ever hold a seat on Wall Street.

But I believe, now that I am grown up, at least presumably, that it wasn’t only the women in my life who made me who I am. It was my dad. He always told me I could do anything I wanted to do, never considered the fact—or, if he did, never let me know—that the world might be different for me because I happened to be born a girl. And so, with very few exceptions, I have never felt less-than-worthy of my seat at the table.

I like to think that this is an idea I am passing down to my son. He has grown up with a mother and a father who both, equally, follow their passions and their dreams, work hard and have been rewarded for doing so. My husband fervently believes in my sometimes absurdly lofty goals and I have sat side-by-side with him when making every one of his business decisions.

I saw that with my own parents too. And, if you ask me, it did me a lot more good than any spelling test.

Last year, my dad gave me a dictionary for Christmas. Not a regular dictionary. An engraved, gold one from Bergdorf Goodman, the most beautiful dictionary I have ever seen. I love it wholeheartedly. But you will never see me give him one in return. I look forward to those spelling phone calls, those little moments in time. They, like my father’s tales spun from the front seat of the car, have become a part of my story. It’s a story that, one day, I hope to tell my own son as he listens eagerly from the backseat, staring out the window at the great, wide world that waits, patiently, for him to write a story of his own.