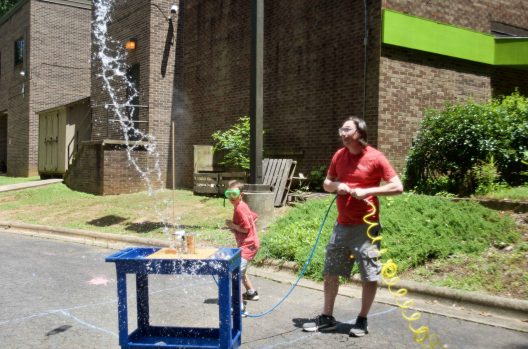 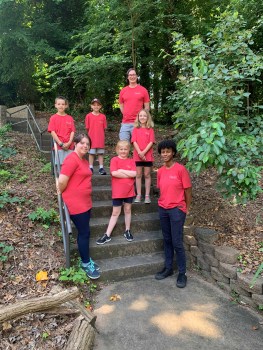 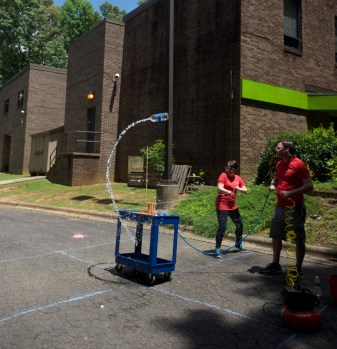 SALISBURY – Mars is roughly 140 million miles away from Earth, but Woodson Planetarium provides a glimpse of the red planet in Salisbury.

A small group of students this week has been exploring the planet at Horizons Unlimited as part of its Mission to Mars summer camp. The campers have learned about things such as the treacherous dust on Mars, getting the trajectory of a launch correct to actually land on the planet instead of flying off into the space.

“If you don’t get the angle right, then you will probably be lost in space,” said camper Caylah Hardin.

The kids also designed their own base to conquer the next frontier.

Hardin said she signed up for the camp because “space is cool.”

Cole Smith said his mom always looks to sign him up for the summer science camps at Horizons.

Often when talking about flying to Mars, Planetarium director Neil Pifer said the average person does not consider human elements of putting a couple people on a small vessel together for six to eight months. Every person added to a mission requires a larger craft and more supplies. Realistically, there should be as few as possible people on the first mission, Pifer said.

Being an astronaut is not just about rocket science. Going to space is a discipline that requires mental fortitude and working well with other people, he said.

“You have to have great interpersonal skills, you can’t just be technically sound,” Pifer said.

On Wednesday afternoon, campers were launching a different kind of bottle rocket: a 2-liter bottle propelled by compressed air. During the week, they played with other ways to launch projectiles.

Pifer said this is an exciting time to be a science educator because unmanned research vessels are being sent to Mars. An unmanned mission to return to the Moon is planned by the end of this year.

Pifer said for years the International Space Station was the “only game in town” for manned exploration. Other countries are joining the effort to get people back in space, he said.

He said most astronauts set their sights on the profession by the third grade. So, it is important for kids to get exposure to space early on.

“You don’t think of it this way, but a third-grader currently is the next engineer for our next Moon mission,” Pifer said. “It’s only 15-years difference.”

The camp is based on a curriculum for the state’s Space Education Ambassadors. Pifer is part of the collaborative program of N.C. Space Grant and NASA.