“I beat some guys that UNC Pembroke was recruiting, so they started recruiting me,” Lowry said.

A recent high school graduate, Lowry has signed with UNCP. He plans to major in physics while he wrestles for the Braves, but there are still several goals left to be accomplished in his terrific high school career.

Regional wrestling tournaments will be held today, with Lowry, his Salisbury teammates and South Rowan wrestlers taking the mat in the 2A Midwest Regional in Cabarrus Arena. 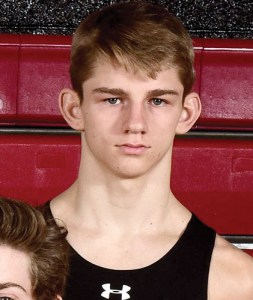 A top-four finish at the regional level propels a wrestler to the state event.

Lowry, an athlete who also competes in cross country and track and field (he was sixth in the 800 in the recent Central Carolina Conference Championships) was a wrestling state placer in 2019 and 2020.

He discovered the mat early — at age 6.

“What I’ve always liked about wrestling is that it constantly challenges you to get better,” Lowry said. “You have to be dedicated. You have to keep improving to be successful. I’ve always been willing to work at it.”

Salisbury head coach Shane Miller has been involved with Lowry’s journey for more than a decade.

“What sets Michael apart is his ability to adjust,” Miller said. “Even if it’s something that seems very small, taking a step in a different direction, moving his hand placement a few inches, he can take that new information and implement it on the fly. That’s always been the case whether it’s in the practice room or during a match. Not every wrestler can do that.”

The high school wrestling season normally transpires in the cold months opposite, cranking up around Thanksgiving and peaking with state-level competition in February.

With the modified COVID schedule, wrestling was one of sports delayed until the end of the school year. Matches began the last week of April.

“For me, wrestling at a different time of year hasn’t been that big of a change,” Lowry said. “I’m always wrestling somewhere year-round, anyway. But I’d be wrestling for a club team in June, not for the school.”

“Wrestlers always live in a pretty uncomfortable world, but training this season with 90-degree heat and 100% humidity has been challenging,” Miller said. “The wrestlers had to really focus on correcting mistakes through repetition. You can’t be in the wrestling room just going through the motions. It wasn’t easy in the heat, with guys sweating and sliding around all over the place, but we varied our training methods and we did make some improvement.”

Miller said a major adjustment was not having the opportunity to participate in tournaments in this condensed season. Ordinarily, Salisbury would have competed in several major tourneys in which the Hornets would have been exposed to some of the strong wrestlers from the 3A and 4A classifications.

“You could schedule a tri-match, but that’s still a lot different mentally than wrestling in a bracketed tournament where who you wrestle next depends on whether you won or not,” Miller said.

“The big difference in the regional this time is that you can’t make a mistake early in the tournament,” Miller said. “Normally, you can lose a match early and still come back through the consolation matches to qualify for the state. Not this time. You have to win those first two matches, so you can’t overlook anyone and you can’t let up. Win those first two and you’re in the semifinals and you’re going to the state. Michael is undefeated so he has a good seed, but he still has to execute.”

Miller has high hopes for a number of Hornets.

Javon Smith, who will wrestle at 120 pounds, has been a state placer. Tkaii Gaither has a good chance of making the state event at 195. Trey Wilhoit, Salisbury’s 160-pounder, might be in the toughest weight class, but he could do it. Late-blooming Nisaiah Childers, who has really progressed in recent weeks, has a shot at 182.