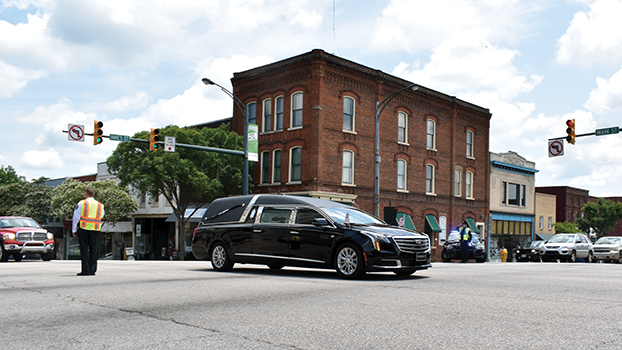 After passing by the Salisbury Police Department for a final radio sign off, the procession honoring Sgt. Shane Karriker passed down Main Street. Ben Stansell/Salisbury Post 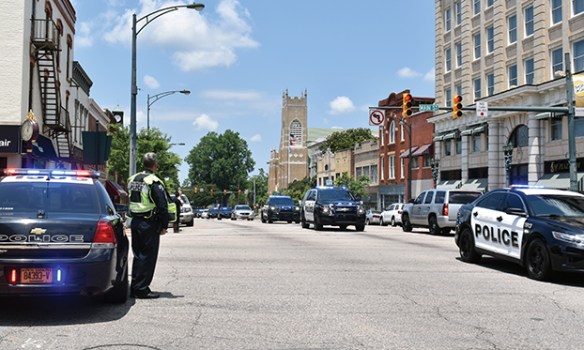 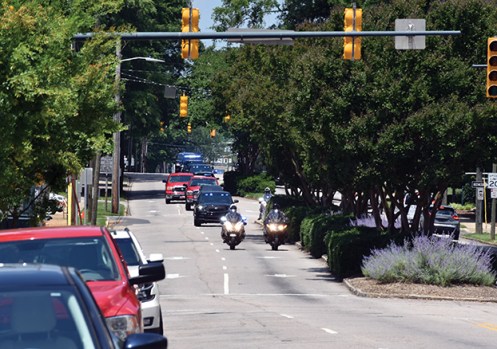 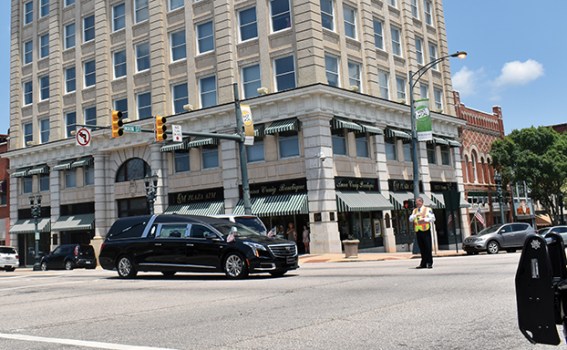 Karriker, 48, died Thursday as a result of COVID-19 complications. The 20-year veteran of the Salisbury Police Department first joined the force in 2000 and was promoted to sergeant in 2018.

“We will forever miss his friendship and commitment to the PD,” the department stated in a social media post.

The procession, led by motorcycle officers, started at Summersett Funeral Home and traveled along West Innes Street toward Main Street. The motorcade turned left on Lee Street and stopped briefly at the Salisbury Police Department, where Karriker received a final radio sign-off. Officers from other law enforcement agencies, including the Rowan County Sheriff’s Office and Concord Police Department, joined Salisbury Police officers in the procession.

A memorial service for Karriker was held later in the afternoon at World Hope Worship Center.

Karriker is survived by his mother, his father and stepmother, his partner, a brother, two stepbrothers and three children.

The N.C. Department of Health and Human Services reports 311 COVID-19 deaths in Rowan County and 13,292 in the state since the start of the pandemic.