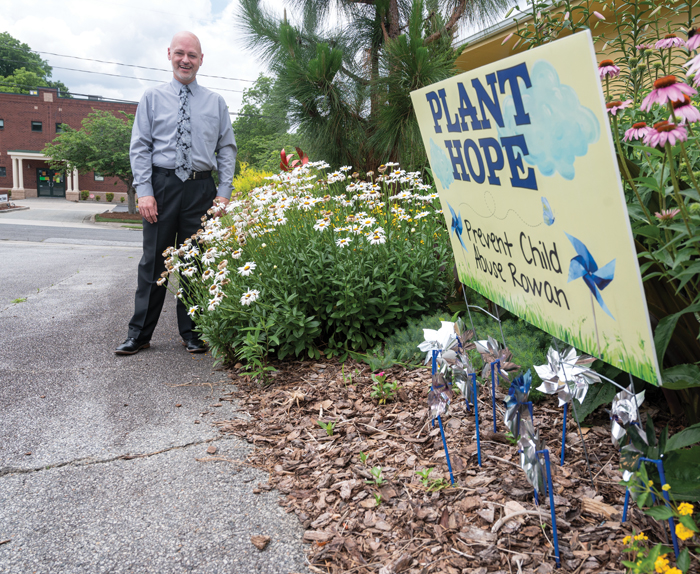 For Shawn Edman, helping victims of abuse is personal.

Edman, who became Prevent Child Abuse Rowan’s executive director May 3rd, and his spouse began fostering three children four years ago. A longtime health care professional, Edman’s first interactions with Prevent Child Abuse Rowan came during a tour for a leadership program. His second was asking the organization’s former executive director Beth McKeithan, who left in January, about resources for his foster children, who were victims of abuse.

“The day that we became licensed as foster parents, we received the kids,” Edman said. “At that time, we didn’t know their story. They were just three kids that needed a place to stay. But over the next few weeks we learned their story, which had been big in the media, and we got them the help they needed.”

The oldest of the children, only 2 at the time, was helping take care of his siblings when Edman and his spouse became foster parents. Part of the work, Edman said, was about letting them return to just being children.

“They showed up hungry and they were in bad shape,” said an emotional Edman. “We had to get them the help they needed. It was about making them feel safe.”

After a lengthy legal process, Edman and his spouse finalized the adoption process in February — around the same time he became interim executive director of Prevent Child Abuse Rowan after previously serving on the organization’s board.

“I just want us to help as many kids as well can,” he said. “Abuse can be a cycle in a family. … We’ve got generations of abuse in Rowan County and stopping that cycle is so important to me.”

Originally from West Virginia, Edman’s career started in radiology. He was as a radiology tech in Gastonia, a manager of radiology and rehab medicine at Novant Health’s Huntersville hospital from 2004 to 2001 and director of radiology and radiation oncology at Rowan Medical Center from 2011 to 2013. Since then he’s been director of professional and support services as well as a corporate account manager and physician liaison for Novant. 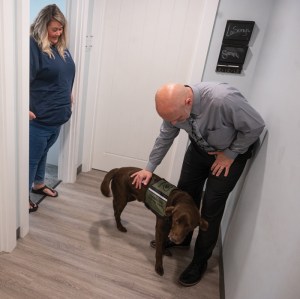 As executive director of Prevent Child Abuse Rowan, Edman leads staff members and contractors that range from forensic interviewers to therapists. The organization has a therapy dog named Murphy, too.

With its base of operations at the Terrie Hess House Child Advocacy Center on Woodson Street, Prevent Child Abuse Rowan provides a comfortable interview location for children in abuse cases handled by the Rowan Department of Social Services and law enforcement. It also offers free parenting classes to the general public and school programs.

In five years, Edman says, he hopes Prevent Child Abuse Rowan and the Terrie Hess House will be the gold standard for child advocacy programs in the state.

With pandemic restrictions lifting and students returning to in-person learning, Edman said Prevent Child Abuse Rowan received an increased number of abuse reports. When children returned to school, he said, teachers noticed things such as cuts or bruises or changes in behavior.

He looks out at Rowan County and sees law enforcement and Social Services agencies that are understaffed and knows abuse cases are going unreported. Kids don’t know who to talk to and families don’t want their dirty laundry aired, Edman said.

“There are kids who aren’t getting the help they need,” he said.

Biden urges G-7 leaders to call out and compete…