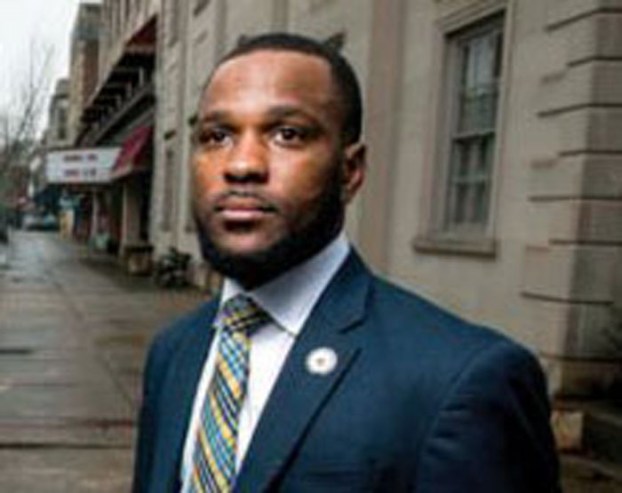 SALISBURY — While calls for action regarding racial equity and police accountability from the Salisbury-Rowan NAACP recently made their way to Washington, D.C., addressing gun violence and racism in the school system here at home remain the top priorities for local chapter President Gemale Black.

Last week, Black joined North Carolina NAACP President Anthony Spearman and Elizabeth City residents to meet with U.S. Department of Justice officials in Washington, D.C. Discussions included a formal request for the DOJ to launch a pattern-or-practices investigation into the Pasquotank County Sheriff’s Office in light of the shooting death of Andrew Brown Jr., who was shot in the back of the head and killed in April while deputies were attempting to serve a warrant. A hand-delivered letter calling for the investigation was signed by thousands of community members, clergy members and lawmakers.

A pattern-or-practice case determines whether the defendant in a lawsuit, often class-action, has systemically engaged in discriminatory activities.

Black told the Post the meeting was conducted with Assistant Attorney General for Civil Rights Kristen Clarke, the first woman and Black woman to hold the position, as well as Associate Attorney General Vanita Gupta. The meeting also included residents from Elizabeth City, who detailed firsthand accounts of their experiences with local law enforcement officers in Elizabeth City and Pasquotank County.

He credited Clarke and Gupta with being receptive and very open to ideas and solutions for reaching racial equity.

“It was an amazing experience,” Black said. “I kind of just sat back and listened to the stories and gave little feedback.”

Additionally, Black said the group was informed they were the first in-person meeting with those officials since the start of the pandemic.

Black said he’s now returning to focus on work at home. Here, he said, top priorities include combating gun-related crime and tackling racial equity issues in the school system. This week, two homicides were reported in Salisbury — all the more reason to restart the Cease Fire initiative, Black said. That initiative coordinates with Salisbury Police to prevent gun-related crime among Salisbury youth and adults.

“It’s getting outrageous,” he said of the recent homicides.

On May 31, a video posted on social media depicted Charles C. Erwin Middle School students mocking the death of George Floyd. Only a few seconds long, the video shows one student on the floor in a classroom while another mimes while kneeling on the other’s neck. The student on the ground says, “I can’t breathe,” while the kneeling student gives a thumbs up to the camera and smiles. The person filming laughs.

Tracey Lewis, director of marketing and communication at Rowan-Salisbury Schools, said in a statement the matter was thoroughly investigated and appropriate disciplinary action was taken, adding that the conduct was “very hurtful and highly offensive.” RSS convened a strategic plan steering committee in March comprising students, teachers, administrators, business and community partners. Lewis said adults overwhelmingly indicated diversity, equity and inclusion as one of the top 10 priorities to continue focusing on as a district.

“Rowan-Salisbury Schools is a diverse school district of 18,500 students, 55% of which are white and 45% are students of color. We value each and every student and family,” said Superintendent Dr. Tony Watlington. “We also know that diversity, equity and inclusion require ongoing focus and work. Since taking the helm of RSS in January, it has been important to me that we work on a strategic plan to outline how we will make our Renewal district a success and improve educational outcomes for all student groups.”

Lewis said to date, 26 focus groups have been conducted since the committee’s formation, which will help with “a comprehensive plan that propels our school district and community forward.”

In a letter to RSS, Black said the Salisbury-Rowan NAACP is watching how the school system handles the investigation and whether it will uphold its statement of a zero-tolerance policy for “highly inappropriate, racially charged and offensive acts.”

Black called on RSS to create an anti-racism policy, implement events across schools and within departments that focus on diversity and empathy building, inform the community of initiatives aimed at eliminating racism in the school system and develop a system for reporting racial incidents.

Black told the Post he’s yet to receive a response from RSS regarding the calls for action, though he said his conversations with Watlington and other officials show their hearts are in the right place.

“It’s going to take more than the NAACP to solve these issues,” he said. “Their hearts are in the right place, but we still gotta get to that place.”