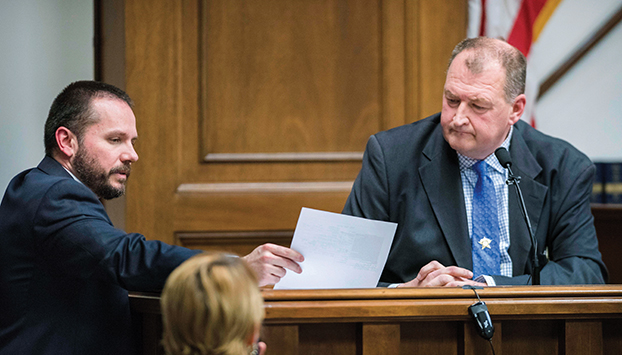 Wagoner retired last month and was awarded the Friend of the Court award by N.C. Chief Justice Paul Newby.

“I would like to thank Governor Cooper for allowing me to continue to serve the citizens of Rowan County as Superior Court judge,” Gould said. “I would also like to thank all of those who have shown me such tremendous support throughout this process.”

Wagoner’s retirement from Superior Court was a result of North Carolina statute 7A-4.20, which sets the age for retirement for judges at 72. Cooper has been faced with appointing many judges across the state recently as a result of the rule.

Gould will serve out the remaining time on Wagoner’s term and will have to stand for election in the next cycle, which is 2022, if he wants to keep the position. The superior court judge position has an eight-year term.

Gould was one of two judges appointed by Cooper on Friday. The other was Cull Jordan III, who will serve as a district court judge in Cumberland County.

“These new judges are leaders in their district and bring years of experience to the courts,” Cooper said in a news release. “I am confident they will serve the people with dedication and honor.”