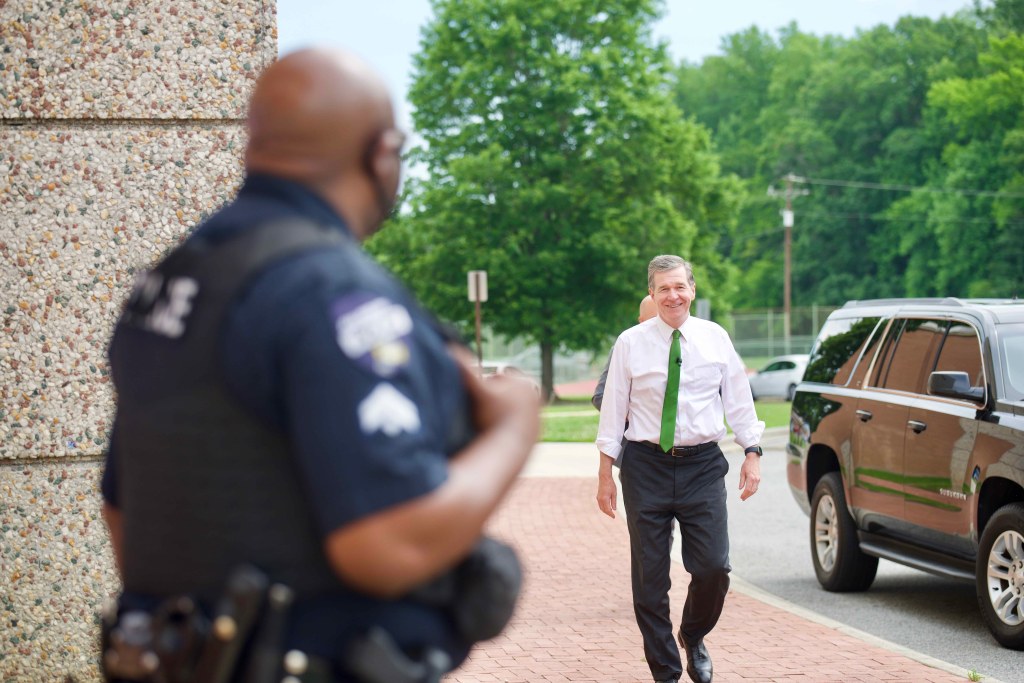 RALEIGH (AP) — A new lottery in North Carolina will give the more than 4.2 million vaccinated residents across the state a different kind of shot: a chance to win $1 million.

Gov. Roy Cooper announced on Thursday that those who have gotten at least one COVID-19 vaccine dose and are 18 years of age or older will be automatically entered in the lottery, while residents between the ages of 12 and 17 will be eligible for a $125,000 scholarship to the college of their choice. There will be four drawings, with $1 million and a $125,000 scholarship each being given out on June 23, July 7, July 21 and Aug. 4.

Those who get their first vaccines on Thursday or later will be entered twice to win in each of the four contests. Winners must be named publicly to receive the money. The Democratic governor said the prizes are subject to state and federal taxes.

“Even if your name isn’t drawn, the worst you’ll do is getting strong protection from a deadly virus,” Cooper said.

Federal coronavirus relief funds will be used to pay for the program.

The drawings aim to boost COVID-19 vaccine participation as North Carolina is among the states with the lowest rate of people inoculated per capita. With a surplus of more than 2.3 million vaccines, health officials are no longer accepting them from the federal government.

Since the start of the vaccine rollout, North Carolina has refused to accept nearly 2.4 million shots from its weekly federal allocation. More than 1.2 million doses were donated back to federal authorities as of Friday.

Though there is still time for more data to come in, state data shows fewer than 50,000 North Carolinians went in for their first COVID-19 shot last week. This represents the lowest participation levels to date and a nearly 88% drop in demand compared to the week of March 8, when the state reached a high of more than 400,000 people seeking the first dose.

For months, Cooper has expressed an openness to the possibility of further incentives. The state had previously relied almost entirely on an information campaign highlighting the safety and efficacy of the three COVID-19 vaccines regulators have approved. As demand stalled and the number of newly vaccinated residents declined, Cooper and the North Carolina Department of Health and Human Services explored what prizes other states have offered and launched a pilot program of its own.

At participating sites in four counties starting last month, newly vaccinated individuals and drivers who transported people to their appointments got $25 cash cards. More than 1,700 vaccine recipients and over 700 drivers got cards, according to data the state health department shared with The Associated Press.

Dr. Mandy Cohen, the state’s top public health official, said the $4.5 million in total lottery prizes will not replace the cash card program and that the $25 card offerings will soon be expanded.

“In the coming weeks, (we) hope to scale up both the summer cash card and to move forward with these $1 million drawings,” Cohen said.