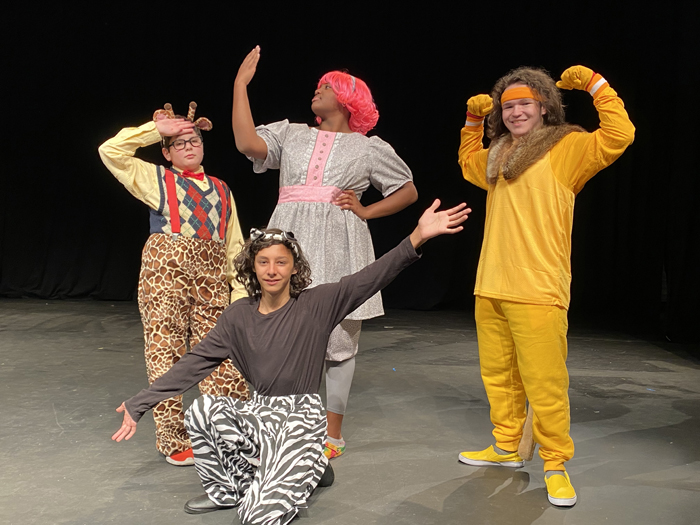 Starting Friday, theater group Piedmont Players, Inc. is welcoming back audiences to the Norvell Theatre with a youth production of “Madagascar — A Musical Adventure.”

PPT has not presented a live theatre performance since March, 2020, although several fundraisers and online events have been held. Madagascar will be Friday, June 11th; Saturday, June 12th, Friday, June 18th and Saturday, June 19th at 7:30 p.m. There will also be a performance Sunday, June 13th at 2:30 p.m. Tickets are $12.84 including tax and are available online at piedmontplayers.com. This show’s presenting sponsors are Edward and Susan Norvell, and performances will be held in the Norvell theatre.

Based on the smash DreamWorks animated motion picture, “Madagascar – A Musical Adventure” follows a zany group of animal friends as they escape from their home in New York’s Central Park Zoo and find themselves on an unexpected journey to the madcap world of King Julien’s Madagascar.

The production is directed by Kelly Price, who previously directed the PPT youth production of “Stuart Little.” Price is also a frequent instructor for PPT educational programs. Choreography for the show will be by Ann Brown and Kristie Thomas, owners of Salisbury Dance Academy.

Piedmont Players Theatre is hosting weekly summer theatre arts camps for ages 4-12th graders. Camps offer students an introduction to drama skills and performing in a fun, low-stress environment. Registration is on-going and can be completed on the theatre’s website.

Founded in 1961, Piedmont Players, Inc. has been a staple of Salisbury’s arts community ever since. The Meroney, located on S. Main St. became the theater group’s home in 1995 after extensive renovations. In 2010, the Norvell Theater, another historic renovation project, was added to the theatre’s campus as a performing and education space specifically dedicated to youth programming. The Norvell theatre is located at 135 E. Fisher St.

Take the survey: Should employers be allowed to require…