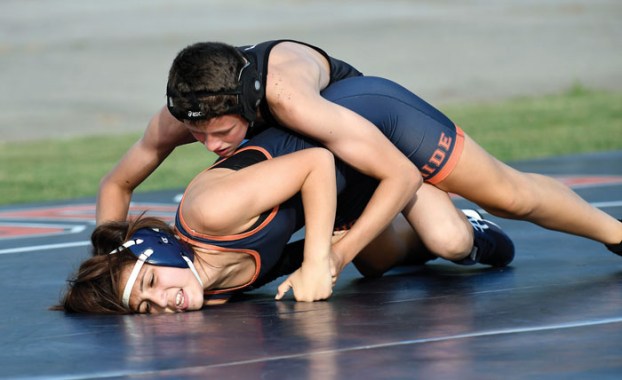 West Rowan's Mark Truman, on top, had a pin in the finals at 106 pounds. File photo by Wayne Hinshaw, for the Salisbury Post

West winners were Mark Truman, who had a pin in the finals at 106 pounds, and Christian Hercules, who took a 3-2 decision in the heavyweight final.

All four East wrestlers who were in the finals won championships.

Christian Kluttz was Carson’s lone individual champ. He won a 5-2 decision at 120 in the finals.

Carson’s Carson Drye was runner-up at 138.

From staff reports SALISBURY — East Rowan drew the No. 1 seed for the North Piedmont Conference baseball tournament at... read more