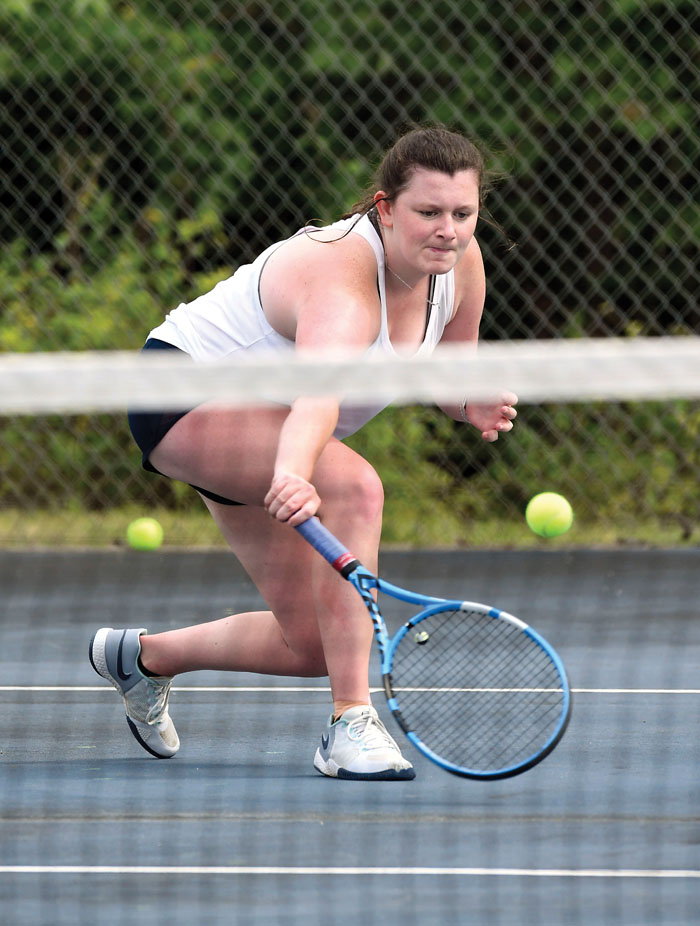 The 7-2 victory gave Carson a sweep of the second-place Vikings and an outright North Piedmont Conference championship.

The Cougars also won 7-2 when the teams met in China Grove on May 18.

Carson won the conference championship in the fall of 2019, finished second to West Rowan in 2018 and shared the title with South Iredell in 2017.

On Friday, the Cougars lost at No. 1 singles and on a tiebreaker at No. 1 doubles.

Sloop finished an undefeated regular season. Carleigh Perry was 10-1 at No. 2. Colbie Perry played at the 3 and 4 seeds and went 10-1. Those three are seniors, along with No. 1 player Lindsey Conrad.

Carson’s only loss this season was to undefeated Salisbury.

Next for Carson is the NPC tournament on June 10 at South Iredell.