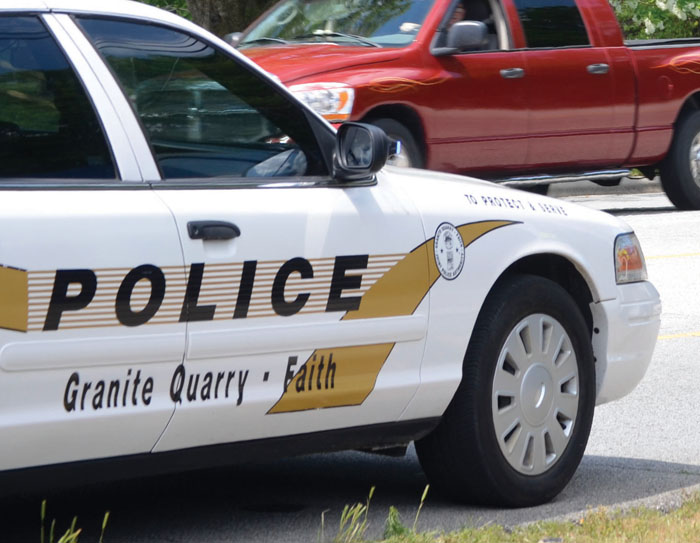 The Granite Quarry Board of Aldermen wants to make a change to the Granite Quarry-Faith Joint Police Authority over a line item involving vehicles. Shavonne Potts/Salisbury Post File Photo

GRANITE QUARRY – The Granite Quarry Board of Aldermen wants to make a change to its joint police authority agreement with Faith.

The clause in question rolls over any funds not spent by the Granite Quarry-Faith Joint Police Authority into its line item for vehicles at the end of each fiscal year.

That part of the agreement was a controversial point in July 2020. Alderman Doug Shelton brought up the issue at the meeting at the time, noting the agency had a $100,000 rollover from the previous year that had to be used for vehicles. The police authority would normally end the year with about $20,000 left over.

The amount was an anomaly because the department had funding allocated for open positions it was not able to hire. Chief Mark Cook used the funding, with authorization from the board, to purchase new patrol vehicles for the department

Town Manager Larry Smith said the rollover, technically a reappropriation, can give the department a budget that looks inflated year-to-year because it would show funds the department already had from the previous year.

“Instead of being a realistic picture it becomes inflated automatically. This would make that go away,” Smith said, adding that removing this part of the agreement would be more efficient from a budgeting standpoint.

The change would require Faith’s Board of Aldermen to agree to the change as well. The Granite Quarry board conferred with administration last week on whether it needed a consensus or a vote to advance the issue after Shelton raised the issue and agreed to vote on a motion.

The vote was unanimous, and Smith sent a message to Faith the same day requesting action on the issue. Smith said he plans to have the change back on the agenda after Faith makes a decision.