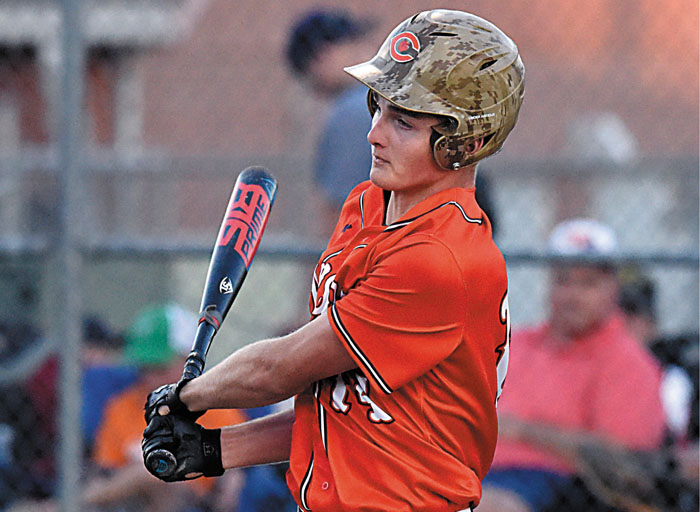 Carson's Jake Harris hit a key home run for the Cougars on Friday night. File photo by Wayne Hinshaw, for the Salisbury Post

A Monday game between South Iredell and North Iredell will determine East’s semifinal opponent on Tuesday in a 7 p.m. game at Staton Field.

West Rowan will play at Carson in the other semifinal.

East and Carson tied for first and split games this season, so they enter the tournament even.

West also still has a chance at a wild card.

TROUTMAN — Senior Jake Harris lined a two-run homer over the centerfield fence in the top of the first inning to put Carson on the road to a crucial road victory.

Carson led all the way and beat South Iredell 8-2 on Friday on the final night of the NPC regular season.

Dylan Driver (2-1) pitched five innings for the Cougars. He allowed only one hit and two walks and struck out five.

Mason Duren pitched the sixth and seventh and racked up three strikeouts.

Carson had seven hits, with Cameron Burleyson getting two.

OLIN — Cameron Padgett pitched another complete game as East Rowan closed the regular season with a 7-2 win at North Iredell on Friday.

MOUNT ULLA — West Rowan scored 10 runs in the first inning and cruised to a 14-0 Senior Night win against Statesville on Friday.

West finished third in the NPC but still has some hope of a wild-card berth in the playoffs.

South Rowan will be at home on Monday for a CCC tourney game against Salisbury at 7.