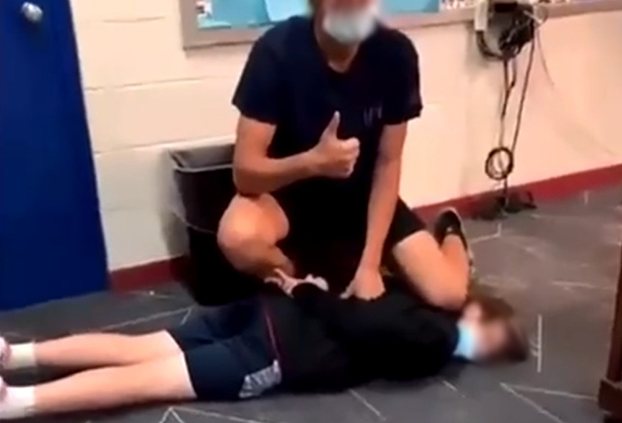 The video, which the school system says it learned about on Monday, is only a few seconds long and shows one student on the floor in a classroom while another mimes while kneeling on the other’s neck. The student on the ground says “I can’t breathe” while the kneeling student gives a thumbs up to the camera and smiles. The person filming laughs.

Floyd’s killing last year prompted worldwide protests and renewed calls for racial justice and police reform. A statement from Rowan-Salisbury Schools said the district is investigating the “highly offensive image” which was shared on social media.

The statement said the district condemns and has no tolerance for “highly inappropriate, racially-charged and offensive acts.”

“I know this behavior does not represent the RSS community or Charles C. Erwin Middle School,” Superintendent Tony Watlington said in a statement. “We are currently investigating this matter and I want to reinforce my commitment to ensure we maintain educational learning environments where each and every student is safe, respected and valued.”

RSS said it’s disappointed and using the incident as a teachable moment.