SALISBURY – The two new members joining Catawba’s Board of Trustees are Marvin Moore of Concord, principal of Salisbury High School, and Bill Wagoner of Salisbury, owner and developer of Wagoner Properties. The new trustees will began their four-year terms at the conclusion of the Board’s April 2021 meeting. 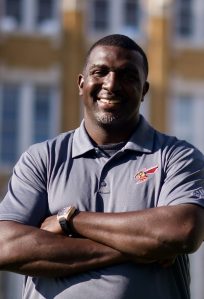 Moore is a 1999 graduate of Catawba, earning a degree in physical education. He was a member of the basketball team. He also earned a master’s degree from Gardner Webb University and is pursing a doctorate degree from Wingate University. He has devoted most of his professional career to education. Moore served as an assistant men’s basketball coach at Catawba for 10 years and received a Distinguished Alumni Award for Service in 2018. 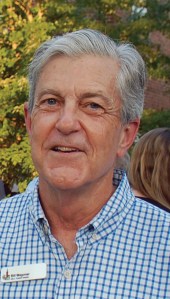 Wagoner graduated from high school in Salisbury, from North Carolina State in 1969 with a degree in structural engineering and received an MBA in finance from Emory University. He also served in the Air Force. Upon his discharge, Wagoner joined the family construction business in Salisbury where he took the reins in the 1980s. Wagoner Construction had industrial and commercial projects up and down the eastern United States. The business built many buildings on Catawba’s campus, including Salisbury-Rowan Residence Hall, the Shuford Science Building, Corriher-Linn-Black Library, and the Center for the Environment. Moore recently volunteered as project manager for the renovation of the Center for the Environment building.

“We are excited to welcome these two outstanding individuals to our Board of Trustees,” Catawba President David Nelson said. “I am confident our new members will work with their fellow Trustees to continue the long history of visionary board leadership for the long-term success of the College.”

Robert B. Arnold, Jr. ’71 of Hickory, a retired furniture manufacturer who now works in sales and consulting for textile companies selling to furniture manufacturers, was elected chair of the Board of Trustees at the Trustees’ April 2021 meeting.  He replaces William “Bill” Graham ’83, a partner in the Salisbury-based law firm of Wallace & Graham, who continues his service on the Board as immediate past chair.

Other officers on the Catawba College Board of Trustees include Barbara Marshall ’72 of Raleigh, vice chair, retired from IBM after 30 years as a systems programmer and senior software development manager. Ron Maccaroni ’67 of Charlotte, treasurer, a retired senior executive service employee with the U.S. Department of Defense; and Mike Bauk ’79 of Salisbury, was re-elected as corporate secretary, formerly served as chief financial officer at Piedmont Cheerwine Bottling Company.

The Board of Trustees is composed of both Catawba College alumni and non-alumni members who represent a variety of professional and personal backgrounds, bring diverse viewpoints, and come from a range of geographic regions. Currently, trustees are involved in the Mind Body Soul Campaign for Growth, a $39 million effort to raise money for specific college needs.