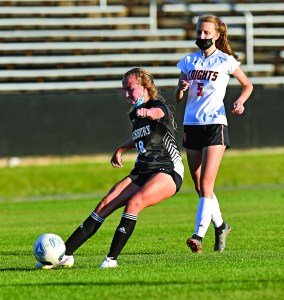 Three Salisbury girls have made the All-State team for 2A public schools chosen by the North Carolina Soccer Coaches Association.

Seniors Lillie Rusher and Piper Muire are All-State, along with junior Sutton Webb.

It’s the second time the Hornets have had three All-State players in the sport. In 2018, Julia Honeycutt, Rusher and Muire were chosen for the team.

They’ll be the first Hornets to compete in the girls soccer game.