College baseball: Indians ready for tournament after a month off 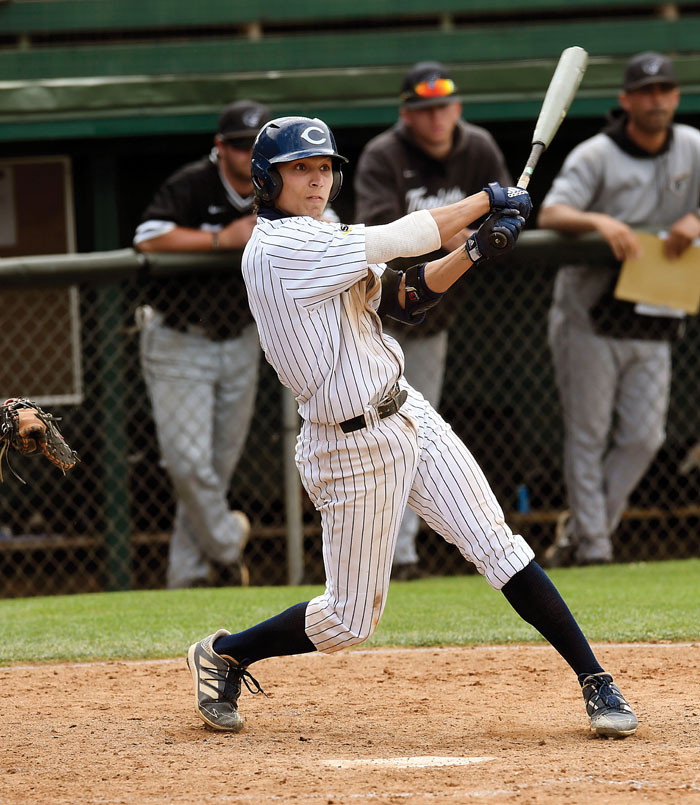 Catawba’s Cameron Mills played the SAC tournament with a broken wrist, though the Indians didn’t know the seriousness of his injury until later. He’s all healed now. File photo by Wayne Hinshaw, for the Salisbury Post

TIGERVILLE, S.C. — What would this baseball season be without one last COVID moment?

After a 40-minute pause, the Indians got the green light, but it was a scary 40 minutes.

On Tuesday, the Indians headed to South Carolina for the Southeast Regional.

On Wednesday, the Indians got to visit a mall.

Tonight at 7, the top-seeded Indians will play sixth-seeded Columbus State in the first round of the double-elimination event. All the games will be played at Ray & Bea Dillard Field on the North Greenville campus.

“It does look like they can really hit,” Catawba head coach Jim Gantt said. “It’s a tough regional and we’ve got to beat all of them, not just one of them. It doesn’t matter all that much who we play first. We just have to go out and play well. Try to win the first one, and then try to win the next one.”

There’s always a time lag between Catawba finishing the South Atlantic Conference Tournament and the start of regional play. But this time the gap is much wider than usual. The Indians haven’t played an opposing team in a solid month.

“Our conference plays the earliest conference tournament in the country,” Gantt said. “And there were other factors involved this year, including the elimination of super-regionals. It’s unique and odd scheduling for us, that’s for sure.”

Things didn’t go well for the Indians (32-9) the last time they did play. They were on the short end of high-scoring, walk-off losses to Newberry and Wingate and were ousted from the SAC tournament.

“We didn’t pitch it well and we played just bad enough to lose,” Gantt said. “I don’t think the guys lost any confidence or anything like that. They were just disappointed, disappointed in how they played, because they know they’re better than that.”

In the month since their last official game, the Indians have practiced a ton.

“Well, first we had to get through exams,” Gantt said. “Then, once school was out, we could practice more and we could practice longer. We’ve had a lot of intrasquad games that were pretty competitive. You can’t duplicate the intensity of playing another team, but we did have some good practices. We went over what we want to do in every conceivable situation that might come up.”

Catawba is basically healthy, as well as rested.

“Everyone is ready to go,” Gantt said.

Third baseman Cameron Mills played the SAC tournament with a broken wrist, although the Indians didn’t know how seriously he was injured until later. He’s healed and is normally the No. 9 -hitter in a lineup that can be devastating when everyone is clicking.

Even after being eliminated from the SAC tournament, Catawba knew it was certain to get an at-large bid to the six-team regional, so there wasn’t much anxiety waiting for the bids to be officially announced last Sunday.

“You never know for sure, but we did feel like we’d done enough in the regular season,” Gantt said.

Catawba did. Catawba was the best team in the region most of the season.

Catawba is seeded No. 1 and the No. 1 team usually gets a chance to host.

Gantt said Catawba did submit a bid to host the regional weeks ago, as did No. 2 seed Mount Olive, but No. 4 seed North Greenville got the nod. The city of Greenville, (population: 68.000) has some advantages.

“We didn’t get it — to host you need hotels,” Gantt said. “You also need more than one entrance to the bathrooms, but that’s hopefully one of those things we’re going to get taken care of soon at Newman Park.”

The bulldozers are scheduled to start work on the Newman Park renovation on June 17.